As the last of the leaves make their descent from the trees and winter starts to reveal its cold, ugly face, students are left to wonder what they are supposed to listen to as they endure the awkward, liminal season between fall and winter. It’s too early for Christmas music, too late for Beach Boys and Thanksgiving music has yet to make its national debut. So, what are we to do? Well, dear students, fret no more as Noah Kahan’s most recent album, “Stick Season,” gives us the soundtrack we need in order to survive the bare-bones month of November.

The album title, “Stick Season,” is the term for the time of year “…between peak foliage and Halloween and the first snow — when all the leaves are off the trees. It’s a time of transition. And it’s super depressing,” Kahan reveals in an interview with Insider. In this 14-track, 55 minute album, Kahan tells the story of hometowns, heartbreak and homesickness through clever lyricism and folk influences. While relying heavily on the folk genre, the album also has hints of pop and indie for those who prefer more upbeat, modern sounds. All of the songs are consistent with Kahan’s storytelling style and have potential for deeper meaning, but also are good for casual listening if the listener is not in the mood to be introspective.

The first two tracks, “Northern Attitude and “Stick Season,” embody what the album is about: the effects of one’s hometown on personality and dreams,.While Kahan speaks specifically about Vermont, the lyrics are universal enough to relate to anyone. One song that highlights his wordplay is “Stick Season,” with lyrics such as “I’ll dream each night of a version of you/ that I might not have but I did not lose.” His talent for rhyme and turns-of-phrases are evident in the first two songs, and continue to be a theme throughout the album.

From fan feedback, there has been nothing but love for the third song, “All My Love.” Once again, Kahan displays his versatility as this song could easily be heard on pop radios and granola girl Spotify playlists alike. The same can be said about “She Calls Me Back,” which features fast tempos and upbeat lyrics.

While the third and fourth songs on the album are perfect for car rides on sunny autumn days, some are a better fit for gray skies, hot chocolate and existential crises. “Growing Sideways” and “Orange Juice” both tell heartbreakingly beautiful stories about past trauma and mental health through honest lyrics and powerful instrumentals. Kahan has a way of taking difficult themes and making them relatable and understandable which is no easy feat.

The last tracks on the album circle back to Kahan’s experiences of his hometown, only now he is looking at it from an outsider’s perspective. This resonates with a large audience,since many people have a complicated relationship with their past, and Kahan’s attention to detail and honest emotions really hit home. It is no secret that a main ingredient in Kahan’s music is nostalgia, but sometimes his songs are a little too nostalgic in the sense that they sound very similar to music from his past albums. Listeners that love his previous sound are in luck, but this may not be the right album for those who are looking for something new, and aren’t a fan of acoustic guitars and banjo interludes.

Overall, Stick Season is an all-encompassing, artistic album that has something for everyone to enjoy. It has been a major success for Kahan, and evidently has connected with many people, seeing as his 22-23 tour is almost completely sold out. So for the Scrooges that won’t listen to Christmas music until December, or for those who are just looking for quality new music, “Stick Season” is the clear choice. 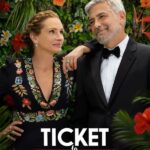 Edge of your seat with chemistry and banter 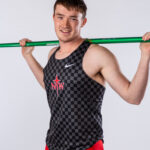