Low paying and unpaid internships create low representation in many government positions because many simply cannot afford the extra costs associated with living on your own in a new place with a limited budget while still trying to pay off more college or loans. While internships on the hill may have equal access, they do not offer equal opportunity  because of the financial strain it places on applicants. This is a problem because these internships are a primary method for getting a foot in the door for potential full-time jobs on the hill. Until internships are made more affordable to people with less capital, I will continue to believe that the internship system is inherently promoting segregation based on socioeconomic status.

For example, last summer, I went through the process of applying to work on Capitol Hill. After a few months wait, I was offered an internship. While excited, I quickly sent a response asking for more details regarding housing, pay, transportation and job description. While these are all things that I assumed they would give me so I would know what I was about to sign up for, it soon became apparent that they believed the specifics would be of no importance to me. The response I got quickly made me question my decision to ever try to make this pipe dream reality.

To start, I was given just three days to accept the position which would start immediately after the end of the semester. I would need to find a place to rent, figure out transportation to and while in D.C. and buy a Capitol Hill worthy wardrobe. The internship was offering a mere $1,500/month stipend to help cover the costs. After doing some housing research, I soon found that the stipend wouldn’t even cover a studio apartment for the time I was there. After including transportation, food, clothing and other miscellaneous expenses, I would at best be losing thousands of dollars over the summer with monthly living costs being estimated at $2,500 on the LOW end.

While I once dreamed of being in politics, I soon found that I will never have that opportunity as readily as many others. While the number of paid internships on the Hill are increasing, they are still falling short of their goal of increasing diversity of interns. While nearly all interns on the hill are now paid, it is a hard sell to believe that offering an unlivable wage will attract the diversity they are seeking. While it is slightly more plausible for some people to take up an internship on the hill now, most of lower socioeconomic standings still can’t afford it, in turn leaving us in the same situation as before.

This of course does not apply to just Capitol Hill. I think that all unpaid or sub-livable wage internships simply further segregate those of lower socioeconomic standing. While some fields and companies do a great job at providing interns with fair compensation for their work, many others like I experienced simply expect you to pay for the experience. While I do believe that education is worth paying for, it is not fair to devalue someone’s time below what is at minimum a livable wage. Working a 40-hour week at my offered internship would have landed me a whopping $9.38 an hour with the minimum wage in DC being $16.10 an hour. We should see this as criminal, not “an amazing opportunity to learn.” 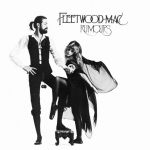 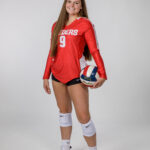