On Saturday, the Raiders football squad  fell 34-27 to the Tigers of Doane College in Crete, Neb.

Down 24-7 at halftime, the Raiders embarked on an admirable run that had the game tied up 27-27 with eight minutes remaining in the fourth quarter. However, Doane scored a go-ahead touchdown on its next possession, and the comeback was not meant to be.

“In the first half, we were very sluggish and didn’t execute well at all,” said junior nose guard Spencer Groeneweg. “It was a long bus ride to Crete, but that can’t be blamed for our slow start.”

On the Raiders first scoring drive, senior quarterback Davis Bloemendaal connected with junior wide receiver Ben Green on an 11-yard strike, which tied the game up at 7-7.

The Tigers scored 17 unanswered points and went into on top 24-7.

At the beginning of the third quarter, NW put together a 77-yard drive that was capped by a second Bloemendaal touchdown pass to Green. On the ensuing Doane possession senior safety Josue Argueta blocked a punt that was scooped up by junior safety Ben Loftis, who took it 18 yards to the end zone. The Raiders ended the third quarter behind 27-20 after a Doane field goal.

“In the second half, we came out with a lot more energy and started executing our individual assignments,” Groeneweg said.

In the fourth quarter, NW struck first with an 18-yard touchdown pass from Bloemendaal to senior wide receiver Bryce Byker. The score ended a four-play, 52-yard scoring drive. With 3:30 remaining, Doane went on a 10-play, 84-yard drive that resulted in a touchdown, which put NW behind 34-27.

“We cannot afford to start games that slow against GPAC competition and expect to win,” Groeneweg said. “It’s going to be a key coming out the gates strong Saturday at home.”

NW was led in receiving by Green, who reeled in nine catches for 102 yards and two touchdowns. Byker added 57 yards and a touchdown.On defense, junior outside linebacker Greg Hegstad led the team with nine total tackles.

The Raiders return to action on Saturday with the home opener against Dakota Wesleyan. Kickoff is at 1 p.m. 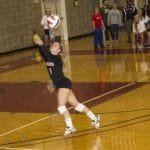 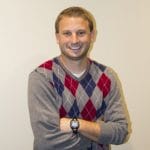