Freshman footbal kicker Eli Stader leads the National Association of Intercollegiate Athletics in points kicking through the fall season. For that and for his individual performance in the Raiders’ 62-10 victory over Hastings in week nine, he was named both the Great Plains Athletic Conference and NAIA special teams’ player of the week.

Stader’s steady foot has been a consistent part of the rolling Raiders’ offense this season. He’s racked up nine field goals over the past five games and is ranked second in the nation for total makes on the year. He’s second in the NAIA for his 11 field goals made so far in his first collegiate season.

This puts him within reach of the Northwestern all-time single season for field goals the record high being, held by 13 other players. While he has his sights set on all the NW kicking records, Stader sees the greater importance: “To focus on each kick I am about to take every time I step onto the field.”

With this one-kick-at-a-time mentality, NW’s new kicker is sure to find continued accomplishments as he enjoys the sustained success NW has seen this year in GPAC competition.

“Aside from the fact that we’ve been winning, I have loved the atmosphere on this team,” Stader said, adding that  he’s enjoyed getting to know everyone throughout the season.

While Stader is believed to be the first NW player in school history to be named NAIA player of the week for special teams, he is quick to point out that he wouldn’t be able to do his part without the work of those on the field with him.

“I’d like to shout them out and give the credit for this one to them,” he said of long-snapper Simon Anker, holder Blake Fryar, and everyone on the line. “I cannot stress enough that my success does not come without those on the field with me.”

The Raiders close out the regular season this week versus the University of Jamestown and look to the COVID-adjusted playoffs in the spring,

As for the national award, Stader said, “It is cool to be recognized as a freshman, but it’s just another goal along the journey.” 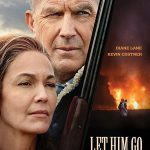 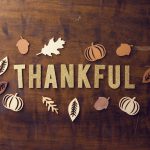