“Let Him Go” stars Kevin Costner, as a retired sheriff, and his wife, played by Diane Lane, determined to rescue their young grandson from a dangerous family somewhere in the Dakotas.

Based on the novel by Larry Watson, “Let Him Go” is a modern take on midcentury noir cinema, set not in the dark alleyways of massive cities but in the desolate, ruthless landscapes of the Midwest.

Veteran actors Costner and Lane seem at full potential as they play characters who think more than speak, who express more in looks and actions than in dialogue. The main antagonist, played by Lesley Manville, equals the screen presence of the main stars and delivers a performance that is perhaps the best part of the movie.

The characters in the film are complex and their motivations are well fleshed out. The first half of the movie is spent establishing Costner and Lane as an older couple dealing with the loss of their son, the remarriage of their daughter-in-law and their relationship with their grandson. Costner and Lane shine as an aging couple, both endearing and heartbreaking at times.

As for the antagonists of the film, the Weboy family makes a menacing presence on screen, mostly thanks to Manville’s performance as the head of the family. All of her scenes are nail-biters as she commands tremendous presence equal to movie villain’s best. A true standout of the film, the character of Blanche Weboy provides a backbone for the rest of the movie.

The movie, equal parts western thriller and revenge flick, balances its tone perfectly thanks to the directing of Thomas Bezucha and the cinematography of Guy Godfree.

The beautiful landscapes of Montana and the northern Midwest serve as a contrast between the dark characters that inhabit it. Often, characters will remain silent as they stop and think or as they travel across states.

Emotions are palpable and the audience is encouraged to follow inner thoughts and struggles that the characters are having.

This is aided by a beautifully tragic soundtrack composed by Michael Giacchino, frequent collaborator of J.J. Abrams and many Pixar movies. The soundtrack adds another medium through which the audience can feel the actions of the movie without being too on the nose.

Sadly, there are only a handful of scenes where Costner and Lane can face off against the terrifying portrayal of the woman that runs the Weboy family. Viewers will be left wondering what could have been had they had more time shared on screen.

The film, although far from being an action movie, displays chilling depictions of violence in a very grounded context. It is never sensationalized but is always shocking and meant to accentuate how terrible some characters are and how far some will go for what they believe in.

“Let Him Go” is a ruthless, emotional film that pays homage to the westerns of the old Hollywood while still standing on its own. Costner and Lane provide tangible chemistry that is sure to grip and enthrall viewers.

Manville portrays an antagonist that is sure to remain in people’s minds, elevating the film to more than it was. Had the film played more on its strengths, it would have been one of the great revenge epics of the silver screen. Nevertheless, “Let Him Go” delivers and is sure to captivate its audience. 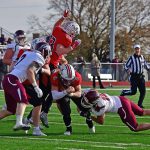 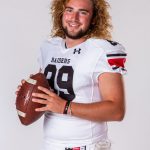