The majority of Northwestern’s student population is from either Iowa or a surrounding state in the Midwest. However, there are students on campus who have ventured much farther to get to campus. Some have even come across an ocean, and each has his or her own story and path to Orange City.
Soccer is a sport with tremendous global appeal and that is no different at NW. The men’s soccer teamcurrently has nine international student-athletes on its roster. Gabriel Goncalves from Rio De Janeiro, Brazil, is one of them.
Goncalves started making an impact on the soccer team almost immediately after his plane landed in the Omaha, Neb., airport almost three years ago. Gabe, or Gabi, as many of his teammates call him, is a junior this year and has started three seasons for the Raiders He was also named a team captain by coach Dan Swier last spring.
This season, Goncalves finished the season with eight assists, which was one shy of the single season school record. Goncalves also has 13 total assists in his career as a Raider, which ties him with ‘02 gradute David Rhodes, the school record holder.
For Goncalves, going from Brazil to Iowa was a long-awaited journey.
“Ever since I was a kid, I always loved America,” Goncalves said. I didn’t know much about it other than what I had seen on the TV and in movies. I had visited the United States once before I came to school here; my mom and I went on a trip to New York and Disneyland when I was 16 and I loved it, especially New York. Now I always root for New York teams no matter what sport it is.”
Goncalves expected Iowa to be just like the rest of what he thought the United States was like.
“I didn’t know anything about Iowa. I just assumed it was like every other part of the country,” Goncalves said. “I expected it to be safe and really well organized.”
Most of Goncalves’s expectations were fed through films, so he thought everyone in America would be happy and that the schools would be full of “pretty” people.
Goncalves said he had never heard of NW before Daniel Swier, the coach of the men’s soccer team, contacted him. Goncalves said that he enrolled in a program that organized filmed tryouts in which the videos are sent to college coaches from across the country and that his tape happened to end up in Coach Swier’s hands. Swier liked what he saw and began contacting Goncalves through email.
“Everyone in Brazil comes out of the womb loving soccer, and I wasn’t any different,” Goncalves said. As I grew older, I knew that I wanted to play soccer competitively. I talked to an older friend of mine who had gone to America to play college soccer, and he really liked it, and I decided that I wanted to do the same thing.”
For Goncalves’ parents, it was bittersweet to see their son leave the country.
“They were really surprised and kind of worried for me, especially my mother,” Goncalves said. “But they knew that this was something I wanted to do, and they supported me in this chance to follow my dreams.”
The transition of coming to NW hasn’t been easy for Goncalves, but it is an experience he has enjoyed.
“It’s been an … adjustment, but it’s been really good,” Goncalves said. “The people here immediately accepted me and made this place home for me. I love it here.”
After graduation, Goncalves said he plans on going back home to Brazil for at least a year to spend time with his family and help his sister raise his nephew Bernardo, or Baby B, as he likes to call him. He will look for a job in the business field, but if he is unable to find one, then he plans on returning to the U.S to attend graduate school and continue his education.
When asked what his favorite moment has been at NW, Goncalves answered that it was beating the undefeated Hastings team last year.
“Not because I scored the game winning goal in overtime,” Goncalves said. It was because it made so many people happy. That moment was something not just for me. I will never forget the faces of the fans and teammates around me. They were so happy and that is why I love soccer. It brings joy to so many people. No matter what country you live in.” 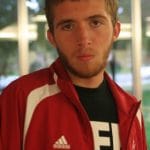 ‘Ghosts’ is a direct hit 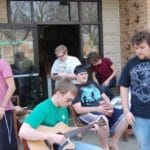