On campus there are numerous ways to unwind after finishing homework, and one common way is by playing a game. A game that has recently risen in popularity is called “Body Body.” Lucas Heiberger is one of the people to start it on campus.

“My junior year during RA training, I got a few RA’s who had the evening free together in the theater building and explained how to play,” Heiberger said. “The rest is history.”

The game has really gained traction this year. Usually, an average of 12 people play at once. However, according to Heiberger, the highest number of people who have ever played at NW was around 50 players, with an even split between guys and girls.

Games occur spontaneously on Friday and Saturday nights in the theater building. For those interested, Heiberger suggests letting himself, Levi Van Peursem, Ben Pirrie or Emily Weber know, as they’re the people who usually organize games.

Heiberger also organizes another major event when it comes to games on campus, and that is the Hospers Video Game Tournament. It started when he wanted to do a small tournament of “Sega Soccer Slam,” but realizing how many people wanted to play, he made it into a full 32-player bracket.

“Letting guys try out a new game, getting to know other guys in the dorm and running a fun event that guys could have fun talking about and cheering for was really the goal behind it all,” Heiberger said.

The tournament is mainly for residents of Hospers, but Heiberger has worked to make it viewable for everyone.

“The video game tournament matches always happen in the Hospers lobby, usually in the afternoons or evenings if you want to catch it live,” Heiberger said. “Otherwise the Hospers Video Game Tournament Facebook page, at least last year, live-streamed every match so people could watch on their phones, laptops and tv’s.”

A third popular game on campus is “Age of Empires II,” and it is a long-standing tradition at NW.

“‘Age of Empires’ has been played for approximately 15 years,” sophomore Aaron Rinehart said. “Coach Swier of the soccer team has been playing since he was in college.”

The game also has numerous players on campus. There were  enough players for a 64-player tournament to be held last year.

“‘Age of Empires’ is often a big hit or a big miss,” Rinehart said. “People either love the game and they will fail classes because of it or they will hate it and everything about it. Or you hate it for the first half of the year and then love it the second half.”

For those interested in the game, Rinehart suggests talking to himself, Darin Rinehart, Jimmy Tidmore or Jordan Baker.

Along with these games, there are always many more being played around campus. People take part in gennis, ultimate frisbee, spikeball and more.

Everyone has their own favorite, and it is not hard to find someone willing to play a game. 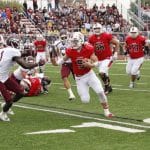 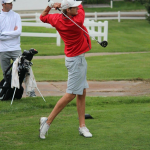