Northwestern College is sitting in second place after 36 holes of the GPAC Men’s Golf Championship. Two 18-hole rounds were played this past Monday and Tuesday at Willow Run Golf Course in Sioux Falls, S.D.

After day one, NW was tied for second place with Morningside. Both teams posted a 286 on Monday. NW came back on day two with a solid 291, which was good enough for second overall for a second day in a row. Morningside had the lowest round on Tuesday, which put them in first place overall (569). NW has a two-day total of 577 (+9). This puts them eight strokes back from the lead. Coming in third was Doane. The Tigers are 10 strokes behind first with a team score of 579. Concordia (583) and Dordt (595) complete the top five.

The Raiders placed three golfers in the top 15 through two rounds of GPAC Conference play. Senior Justin Kraft leads this trio after posting scores of 68 & 72 respectively, good enough to stand alone in second place individually, just one stroke out of first place. Senior Evan Schuler is currently looking at fourth place overall after shooting an even-par 71 on both days. Junior Austin Reitz is currently tied for 15th after shooting 147 through 36-holes (72/75). Rounding out the top for the Raiders were freshmen Isaac Knock in 19th (148) and Jake Olsen T-41st (158).

The final 36 holes will be played this spring as NW will attempt to win their 4th straight GPAC Title at Woodland Hills.

The next tournament for the Raiders is Oct. 16-17 at the NAIA National Preview Meet at TPC Deere Run in Silvis, Ill. 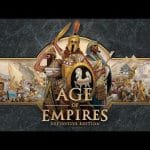 The Life We Miss