GIRL disappointing as a country album

Maren Morris released her sophomore album GIRL on March 8. The 28-year-old from Nashville, Tenn., has already been named the Top Country Female Artist at the 2018 Billboard Music Awards, as well as being the second runner up at the Grammys for Best Country Song this year. Morris is known for her country roots with occasional pop breakouts, but GIRL takes her style to new territories.

She starts with the opener “GIRL”, a soulful rebuke to the music industry that has tried to put her against other female artists in the past. The lines, “Draw your comparisons /  tryin’ to find who’s lesser than / I don’t wanna wear your crown / there’s enough to go around,” show Morris’s stance on fighting with and not against her fellow artists.

The album did not originally have this song even on the track list. It was added as a last-minute idea cooked up with Greg Kurstin and Sarah Aarons that Morris fell in love with because she felt it encompassed the soul of the album as a whole.

This theme of feminism and advocacy can be seen throughout the album. “Flavor” is a provocative mix of hi-hat, electric guitar and ethereal effects that makes a sort of vision statement: “Even if you don’t like it / I bet you won’t forget / There’s always one or two / Pushing on the envelope / So I’m gonna raise a glass to you / If you’re one of those.”

The rest of the lyrics are just as bold in defiance of doing what is seen as normal in the music industry. She refuses to back down from the way she writes lyrics and includes politics in her pieces because of record labels pressing her not to do so.

But there are also softer moments with songs like “To Hell & Back.” In this song, Morris recalls the beginning of her relationship, which came at a time she felt broken, with her husband of one year, Ryan Hurd.

The song is a thank-you note to Hurd for “not trying to tape me back together, just loving the broken pieces,” Morris said in an interview with Vanity Fair in February. This song and “Good Woman” take the tone down in order to highlight that feminism does not mean a loss of femininity.

However, even with a well-constructed theme throughout, it is disappointing as a country album. It lacks the tones and depth usually associated with country. However, if the listener can break out from a straight roots-country mindset, there are a plethora of aspects about it to find pleasure in.

For instance, if a person is looking for slower R&B they can find that in the song “RSVP”. If you’re more into soulful pop, a home can be found in “Common,” which also features artist Brandie Carlile. When Morris was asked about this genre-jumping she stated, “I don’t exactly understand the whole carpetbagging ‘You’re abandoning your genre behind to go be a pop star’ front. I’ve never claimed to be any of those things.”

She is blazing an entirely new path for artists when it comes to what parts can piece together an album.

Overall, I give GIRL four stars as a country album; but in terms of musical talent and lyrics, the album deserves five stars for originality. 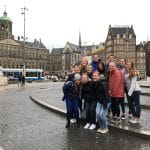 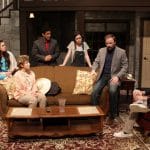