Home News “Noises Off” will perform over weekend
News Starting this weekend, the nine-member cast of “Noises Off” will be performing the comic play in the Black Box Theatre. The student actors and actresses, directed by Jeff Barker, are sure to make their audience laugh through all three acts of the play, written by Michael Frayn.

While the production’s opening weekend is already sold out (March 29 at 7:30 pm and March 30 at 2:00 and 7:30 pm), you can still contact Jen Sabo by emailing jennifer.sabo@nwciowa.edu to get on the waiting list for one of these performances. You can also visit nwciowa.edu/tickets to reserve seats for next week’s shows (April 4, 5 and 6 at 7:30 pm). Tickets are free for all Northwestern students, faculty and staff.

“Noises Off” is a show inside a show, which provides a unique perspective for the audience, giving them a look into what goes on behind the scenes.

“‘Noises Off’ is about a theatre company struggling to pull together a show through much confusion and many mishaps,” said Lucas Sander, who plays the show’s director Lloyd Dallas.

Sander shares that there are surprises throughout the entire show to keep the audience guessing about what will happen next. Some of these twists may even seem like mistakes. Sander hopes audiences know that “things that look like accidents are done on purpose and safely.”

Senior theater major Corrie Hayes plays a character named Belina who is “bubbly and joyful,” much like Hayes herself. She says that throughout the show, Belina is the one trying to keep the play together even when it begins to fall apart.

“‘Noises Off’ has crazy characters in crazy situations doing crazy things,” Hayes said. “It pokes fun of the theatre and its rehearsal process.”

Because of all the crazy things they get to do, the cast members have remarked that the show has been loads of fun to put together and rehearse. They love getting into their characters and interacting with each other on stage, which will make the play even more fun to watch. Sander agrees with this, saying his favorite part of the production is the relationships the characters have to navigate with each other.

Watching those happen is sometimes tender, sometimes bitter, and sometimes very entertaining. Although this play is comical, the cast hopes to take their audience through a variety of emotions as they walk through the complex storyline.

Hayes shares that being a part of the cast and rehearsing the production has brought plenty of laughter and joy to her life.

“I love that I have gotten to be a part of that every night over the past month. I am so excited to share that joy with an audience,”  Hayes said. 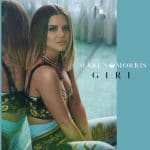 GIRL disappointing as a country album