This past weekend, the Red Raiders women’s golf team competed in Briar Cliff’s Lila Frommelt Women’s Golf Classic.  The two-day, 36-hole event took place on Sept. 15 and 16 at Two Rivers Golf Club in Sioux City.  Two Rivers is a tight, tree-lined golf course that places a premium on accuracy and precision on drives and approach shots.  A 680 team score in two days was good enough for 7th place for the Raiders.  After a 345 on the first day, Northwestern came back strong on the second day with a 335 team score.  This was the best score the Raiders have posted since 2015 and the 5th best all-time for the women’s golf team.

“We played well, but a lot of other teams played better.  It’s encouraging to see some good scores for us but we still have some work to do,” Christensen said.

The Raiders’ next tournament is next Wednesday, Sept. 27, at the College of Saint Mary’s home invite. 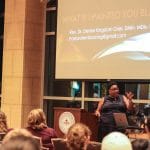 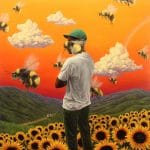