Tyler, The Creator’s fourth studio album, Flower Boy, deserves to be in the conversation for rap album of the year. Before this record, critics had waffled between acknowledging Tyler’s genius and his vulgar personality. Flower Boy is far and away Tyler’s most complete album, and deserves to be in the conversation alongside albums like Damn, Big Fish Theory and 4:44 when deciding rap album of the year

Flower Boy has a sound unlike anything released before. Tyler’s creativity and meticulousness shines through the arrangements on this album. It embraces a duality where some songs will showcase a beautiful arrangement of strings, piano and soft electric guitar juxtaposed against Tyler spitting intense verses over sharp beats. The duality of musical styles on the album is also reflected by other dualities throughout.

Thematically the album showcases an array of themes, ranging from feelings of separation and loneliness to looking introspectively at oneself and the feelings of unrequited love. The album does not have an up-front message, and there is no secret theme for you to discover beneath Tyler’s lyrics. His work simply asks for understanding.

Tyler expertly conveys feelings of loneliness, the experience of missing a potential connection with someone and trying to find a person who values you completely. At the same time, these songs are often juxtaposed to hard — hitting tracks. Tyler’s placement of tracks “Boredom” and “I Ain’t Got Time” next to each other showcases this perfectly.

In “Boredom,” Tyler delivers a painfully accurate picture of the boredom that often comes with fame, describing a night in alone. He describes this feeling of intense boredom and simply wanting someone with whom to do something. The stress of boredom grows and eats away at Tyler, culminating in a line in which Tyler is staring at the ceiling, wondering where his life is ultimately heading. He juxtaposes this introspective song with “I Ain’t Got Time,” a song that borders on a brag track detailing how he no longer has time for anyone, largely because of his new projects including a shoe deal with Converse, his fashion line and moving into television

In the album, Tyler expertly conveys a longing. Whether he is longing for creativity, something to do, a better understanding of himself or “Good health, success, time on earth worthwhile/ Find somebody who love me and raise a couple of lizards.” These feelings of longing also address the questions of the past. In the track “November,” different voices describe what their November was, with November symbolizing an ideal time in the past that they want to go back to.

Stand out tracks include, “Where this Flower Blooms,” “See You Again,” “Who Dat Boy,” “911/Mr. Lonely” and “Boredom.” The record is by far the most mature project Tyler has ever released, and it addresses many of the daily feelings of young people. The entire project is solid, and no song feels like it is out of place.

In Flower Boy, listeners are invited into Tyler’s mental landscape. We get a glimpse of what it is like to feel how he feels, to view him as he views himself and to reflect on his past. It is an opportunity that any rap fan would be foolish to miss out on. 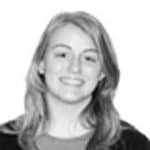 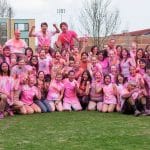