When most people think of October 31, they think of jack-o’-lanterns, candy and kids in costumes. Few realize the date also marked the beginning of the Protestant Reformation led by Martin Luther in 1517.

This event, better known as Reformation Day, is a religious holiday that commemorates the day Luther nailed his 95 Theses to the door of All Saints’ Church in Wittenburg, Germany. The main objective of Luther’s 95 Theses was to counter the validity of indulgences. According to religion professor Mitch Kinsinger Luther’s intention was to reform the Catholic Church rather than separate from it.

“He did not have the mindset to go start a new religion,” Kinsinger said, adding that he believes the story of Luther nailing his 95 Theses has been dramatized. “Nailing the 95 Theses on the door sounds very confrontational.”

Kinsinger went on to explain that the doors of the church might have been where people commonly posted information, much like Northwestern’s Informer.

Traditionally, Reformation Day is observed by churches within the Lutheran and Reformed traditions.

“All Protestants at some level should acknowledge this day,” Kinsinger said. “Any protestant church would trace its heritage back to Luther’s bold statement of reform.”

A few students who have been raised in the Reformed Church shared their experience with the religious holiday.

“I’ve never celebrated the holiday specifically, but it’s been mentioned in sermons at my church,” said sophomore, Ross Hoekstra. “I also remember learning about it in grade school.”

Similar to Hoekstra, senior Jake VanDerLinden observes the holiday, but does not celebrate it. However, he does recall the Reformation Day of his freshman year because students in the religion department made it memorable.

According to Kinsinger, the religion students condensed their collaborative theses to a list of 9.5 instead of trying to mimic Luther’s extensive 95.

“Their 9.5 Theses was more in jest rather than actual complaints,” Kinsinger said.

Despite the lightheartedness of the religion department’s humor concerning the 95 Theses, Kinsinger hopes that Reformation Day is a reminder to students that it is important to find a denomination and commit to it.

“I know that for a lot of students denominations don’t really matter, but there is something to be learned from every denomination,” Kinsinger said. “I am an advocate of being committed to your denomination because that gives us insight into who God is. I encourage students to know their denomination, what they believe and where they come from.” 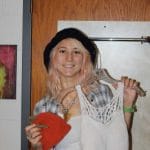 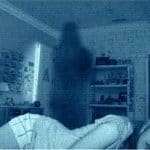