In an ideal world, a horror movie would make you tense because the subject matter is actually terrifying.

That was the concept behind “Blair Witch Project,” the original found-footage horror flick, a genre that “Paranormal Activity” has been leeching off for four consecutive installments. “Blair Witch” terrified audiences not by using loud noises but by utlizing a creepy concept, progressing the plot subtly and using frightening imagery.

Presumably, the “Paranormal” franchise began the same way. But the latest is all grown-up and subtle no more.

If you have seen any of the previous three “Paranormal” movies, you know the drill. Creepy things start happening in a suburban home. Someone installs cameras to record the scary things. The scary things escalate, and it doesn’t end well for the people involved. Many of the characters from previous movies make appearances, and most of these appearances are underexplained. Suffice to say that “Paranormal Activity 4” is less than focused on the plotline.

Nearly every startling moment in “Paranormal Activity 4” is due to a low, ominously rumbling soundtrack — barely noticeable if you aren’t listening for it — and a sudden loud noise and flash across the screen.

The ending, a series of panic-attack-inducing moments of terror, seems unearned. After the final two minutes, the viewers feel jerked around as if they just got off a roller-coaster ride. But one can’t help but feel that after an hour and a half of mundane action, director Henry Joost felt guilty for scaring us with little more than cats landing on the camera and the ever-popular “OMG, I’m scared, oh wait, it’s just my friend” shtick and decided he needed to give audiences some real, demon-possessed closure.

The worst part is that it seems eminently plausible that the directors of “Paranormal Activity 4” were attempting to be subtle like “Blair Witch” with the film’s more frightening moments.

This doesn’t work at all. When the cat jumps onto the camera, we all twitch and laugh a little at the silliness, but when a chair scoots out on its own in front of the child pedalling his tricycle around the kitchen, we are left puzzled because the supposedly scary part didn’t scare us at all. It seemed, well, silly.

So to recap: The scary parts aren’t scary, the twitchy parts are cheap, the plot is predictable and overdone and the strongest part, the ending, doesn’t fit. Other than that, the movie works like a charm.

Rating:1 and a half stars 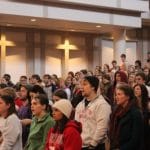 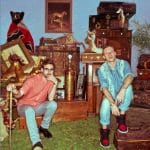