Creating costumes and clothes has been a longtime passion for theater department costume designer Audi Helkuik.

“I’ve always been interested in making clothing,” she said.

Helkuik grew up in Nebraska and Iowa. She graduated from MOC-Floyd Valley High School and went on to attend the University of Nebraska at Lincoln, where she majored in tech style and apparel design.
Helkuik’s professors pushed her to take her work in the direction of designing costumes because of her theatrical flair and style. Surprisingly, though, Helkuik was never interested in theater when growing up.

“I had too much stage fright to ever be in theater,” she said.

After graduating college, Helkuik took the position of costume designer at Northwestern College from 2008 through 2010.

“I know we hear the word ‘community’ tossed around a lot at NW, but it’s true,” Helkuik said. “This place is unlike anywhere else I have worked.”

After her time at NW, Helkuik took up residence in Omaha and began working as a freelance costume and fashion designer. She has designed costumes for plays, musicians, bands, music videos and film shoots.

But Helkuik doesn’t only design costumes. She also has her own fashion line and recently participated in Omaha Fashion Week.

“My clothes have a front-of-the-line, ahead-of-the-times appeal,” she said.

Helkuik aims to sell to people who are young and want something interesting to wear.

Helkuik’s current position at NW is only temporary until the permanent designer returns.

“I came back because it’s the community that I love here,” she said. “Everyone works together and helps each other.”

Helkuik said her favorite part of her job at NW is teaching students how to make and sew costumes. She loves seeing students progress from being unable to sew anything to being able to make anything she asks them to create.

Although Helkuik has the ability to create and sew all the costumes for a theater production, she said that isn’t her goal.

“I like when the students create the show,” Helkuik said. “Seeing them own the show is the most fun part of the process.”

Helkuik will be leaving NW in mid-November and returning to Omaha. Her goal in fashion is to become more involved in designing outfits and costumes for bands and others in the music industry. In that way she can incorporate both her theatrical and fashion-forward flair into the clothes she designs.

To see some of Helkuik’s clothing collections, visit her online store at Etsy.com or visit her blog at AudiHelkuik.com. 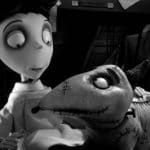 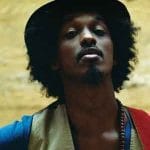