Any artist would find it difficult to put together a 16-song album of entirely deep, poignant lyrical content, and that’s the biggest problem with K’Naan’s latest release, “Country, God or the Girl.”

K’Naan, a Somali rapper who hit gold after his song “Waving Flag” was picked up as the anthem of the 2010 World Cup, has perfected the art of fusing hip-hop with more traditionally African sounds, whether it be tribal drums or gang vocals.

A necessary note: the beats on “Country” are flypaper catchy. In places, the gorgeous, layered music actually covers for more mediocre lyrical content. It’s easy to nod one’s head to “Hurt Me Tomorrow” for several minutes before realizing that the song is just about a guy who is about to be dumped. “You can point the finger, but there’s three pointing back,” he says in “Is Anybody Out There?” It’s a third-grade insult in a stereotypical girl-power rap anthem, which, although admirable in its intent, is lacking in originality.

This isn’t to say that the album is without merit lyrically. K’Naan has moments of brilliance, both from a poetic and a social justice standpoint. “Way before ‘Waving Flag’ was in FIFA … life was a gamble, born in a casino,” he raps in “Better.” “The Seed” traces his story of arriving in Canada as the son of two Somali refugees.

But the real gem of the album is the second track, “Gold in Timbuktu.” The hook is a gentle ballad, that asks a lover if the couple will still be in love when the singer is old. The verses twist rhyme patterns in clever ways, and the concept of growing older gets fully worked around lyrically. “It’s a kin to the end, and no matter how you fight it, how you light it, how you write it, time is the pen out of ink. Poof, and I’m a living proof,” K’Naan says in the first verse, somewhat wistfully.

“Country” is a commercial step forward for K’Naan and a step away from his 2010 release “Troubadour.” The lyrics focus less on social problems and more on relationships and his popularity. But it works at times, and when it doesn’t, the album is salvaged for the most part by several strong tracks and the sheer catchiness of K’Naan’s beats. Although there doesn’t seem to be a single as appealing as “Waving Flag,” the album as a whole should be enough to keep K’Naan’s popularity alive. 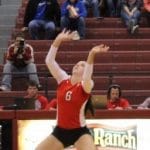