Clara Pahl spent her summer at two different programs. She first spent five days at the Wheaton College Interdisciplinary Symposium with 11 other students.  There, she discussed the importance of rhetoric and liberal arts degrees. Later in the summer, Pahl spent a month at the University of Oxford, taking two classes and defending her arguments on art and creative writing to her professors.

When asked why she chose this program, she said, “I try to be as intellectually aggressive as I can be to challenge my biases and build on previous academic experiences.”

When not in the classroom, Pahl took trips to the Stonehenge, Bath and spent time with Sam Cowan, a retired British General who reflects on his expeditions across Nepal for a British journal called The Record.

Lastly is Sierra Tumbleson, a senior Theatre major from Trimont, Minnesota, spent her summer at the Big 10 Academic Alliance Summer Research Opportunity Program with Northwestern University in Evanston, Illinois. She applied for this program last November and discovered she was the only theatre major selected for the program in April.

During her summer research, she investigated multicultural aesthetic theory in performance and how to use it in modern directing tactics. Later, she hopes to turn this research into a comparative study to use in her future dissertation for her doctorate degree.

“I’m hoping to start my Ph.D. there next fall as it is one of the top colleges in the country for theatre and performance studies,” Tumbleson commented. “Northwestern University is giving me an early admissions decision, so I will know by November 15 if I will be the future Dr. Sierra!” 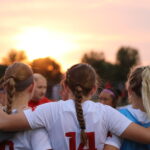 Kailin Alons on The Real Goal in Women’s Soccer 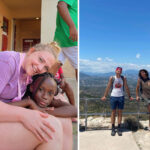