Kailin Alons on The Real Goal in Women’s Soccer

Senior Kaelin Alons believes teamwork and community is the core of soccer.

“People come together to accomplish a goal. Personally, it helps me through my daily life challenges every day… it combines everything important in my life,” Alons said.

Some people find their comfort and joy through soccer, but why are people so attracted to playing and watching it?

Women’s soccer was founded toward the end of the 1880’s in the United Kingdom. Soccer was gaining great traction among these women much to male disappointment. Soccer was an extremely violent sport, so violent that many people– both men and women–  were concerned with women becoming a part of such a “manly” sport.

In 1881, Helen Graham Matthews sparked the creation of one of the first female teams. She found that the topic of women playing soccer was often so controversial that her teammates were forced to hide behind fake names to avoid any sort of backlash from citizens of the community.

Their first match attracted such a large crowd (in the thousands), but as soon as disapproving people came on the field, their match ended. Unfortunately, the team never recovered from the incident, but much can be said about the womens’ courage to play a sport that many people disapproved of.

Several women of the nation caught sight of Matthew and her team’s perseverance, which led to a large spark in women’s soccer teams everywhere.

There were women playing soccer both in the UK and the US, though this time would be cut short. In 1921, the Football Association of England banned women from playing the game, saying that it “should not be encouraged” and that it is “unsuitable for women.” After 50 years, the ban was lifted and women were allowed to play again.

Since then, women’s soccer has grown exponentially– 29 million women and girls nationwide are involved in competitive or recreational soccer.

Alons echoes these statistics, mentioning how it takes both competitiveness and community to be involved in sports and how mental toughness cannot truly be defined in women’s soccer.

“It’s like getting back up after you fall, you never really lose, you win, because you are learning in the process,” she explained.

The first women who played the sport showed great courage and mental toughness through their journey, and these attributes have been carried through most modern female soccer players. 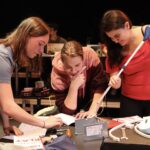 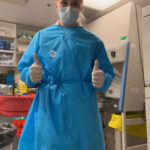