Every spring, the grass turns green, birds start singing and the men of Hospers prepare to wage war. The Cardboard and Duct Tape Battle is an annual Hospers Hall event where residents of the dorm create armor and weapons out of cardboard and duct tape. On one fateful night on the Green, they face off against each other with what they have created, floor against floor, class against class and man against man.

Senior Lucas Heiberger has participated in the Battle all four years, with the upcoming one being his last. Though the origins of the Battle has become foggy over the years, it has been going on for as long as the current residents can remember.

“I think it’s a time for guys to show off some creativity or their own personal style, and then have fun putting on a battle performance for people. It’s a combo of theatrics, weirdness, creativity, challenge and physical activity,” Heiberger said. “It’s really something unique that can’t be seen anywhere else but Northwestern.”

Though there is typically not a theme across the board, each floor sometimes picks a unifying color to distinguish themselves from others.

“In my four years here, there has been one floor who has done a theme. Third floor Hospers in 2015 did Lion King/tribal themed, and it was super rad and really intimidating honestly. There’s been discussion of having a full phalanx unit — everyone dressed in the same armor with spears and shields — but that has not happened,” Heiberger said.

When it comes to construction of outfits, some people choose to get a little more involved than others. One year, a student created a cardboard Transformers outfit, and another year one floor created an Iron Throne inspired by “Game of Thrones” for their resident assistant to sit on during a round where the goal is to protect the RA of your floor.

After spending four years participating, Heiberger has some pro tips when it comes to construction, including the use of newspapers as a shortcut.

“Think smarter not harder when it comes to costume building. Think ahead about how something is going to go together, and how you can kind of cut corners. Hours can be spent making a pair of pants, or thirty minutes depending on the strategy used,” Heiberger said. “As for fighting, a shield is always good and certainly will get you through towards later game, but really, I think it’s a defensive game that wins out.”

In the end, however, it is less about how cool the outfits look, and more about having fun with the rest of the dorm. Sometimes you take a loss in order to make the battle more enjoyable.

“[U]ltimately, it’s not about being the victor. It’s all for fun, and for putting on an exciting performance for others, so if you get into a fight with the Joker, and he makes a really cool move, take the death, and make the scene more enjoyable,” Heiberger said.

Heiberger’s own favorite memory comes from his sophomore year Battle.

“I was a cowboy, and Miles Fletcher was Jack Sparrow. We had an epic sword fight that ultimately left us both swordless. We both pulled out our pistols and pointed them at each other,” Heiberger recalled. “I ‘fired’ first, only to realize that I was ‘out of bullets.’ Miles responded, ‘[T]his shot was not meant for you,’ a reference to the ‘Pirates of the Caribbean’ movie, and we both looked at each other for a minute, and then went scrambling for our swords and resumed our sword battle.” 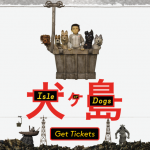 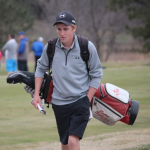