Two students made the beautiful Mediterranean climate of mountain-speckled Spain their home last semester. The semester in Spain is a Spanish language immersion study abroad program based out of Trinity Christian College in Palos Heights, Ill.

“The semester tends to be fairly seamless from what we want in our students,” Kendall Stanislav said, the director of experiential education.

Students who participate in semester in Spain are usually Spanish majors who will become immersed in the culture and language of Spain.

Kaleb Shrock and Isaac Munoz had the opportunity to improve their Spanish-speaking skills, explore a different culture and examine the beauty and history of a new country while overseas. Now, Shrock is back on campus while Munoz is student teaching off-campus.

Since high school, Shrock has always dreamed of going to Europe.

“I learned to be more confident in my Spanish and abilities to go and do things I wanted to do with or without people,” Shrock said. “For example, I read about Roman ruins in a town over and I planned and took a day trip there by myself and had a great time.”

The students studied in Seville but were able to step outside of the city and explore other cities such as Santiago de Compostela, Granada and Cordoba. One of Shrock’s favorite experiences was when they hiked on El Camino de Santiago, a Christian pilgrimage from the Middle Ages.

“It really made me feel closer to God halfway through the semester when homesickness had set in,” Schrock said.

Shrock wrote a blog post on semester in Spain’s website about his spiritual journey on El Camino.

“Traveling through the villages seemed like a scene out of a movie with lush, ancient forests surrounding me,” he said. “I could feel my spiritual bank filling up as I admired God’s creation. I realized how blessed I was to experience just a portion of El Camino.”

Spain was an immersive and insightful experience for Shrock. “I would highly recommend the Spain study abroad to anyone considering it was fantastic to not just see another culture but be fully embraced by it and live it each day,” Schrock said. “I dove headfirst into it and did as many Spanish things as I could.”

Studying abroad was not all sightseeing and exploration, school was still in session. Despite the early mornings, Shrock claims that his schoolwork in Spain shared similarities with his NW homework.

“The studying itself for me didn’t change too much but the locations did,” Schrock said. “I would often study in a central plaza where a man played guitar while a woman danced Flamenco, or I’d find a small coffee shop and study.”

Schrock positively looks back on his time in Spain, and this experience has greatly impacted him.

“[Spain taught me] that life is short, and we need to take every chance we get to experience it,” Schrock said. “It really made me want to travel more and experience all that the world has to offer.” 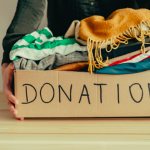 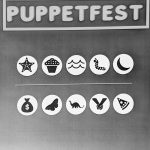