For the first time in Northwestern history, the theatre department will be putting on a puppet showcase. This student showcase will take place on February 24th-26th at 7 p.m. “We had a spot in the season,” theatre professor Ethan Koerner reveals, “and I desired to do a puppetry class. It worked out.”

This puppetry showcase will feature puppets of different forms created by students of the puppet class. The puppet class is a half-semester course offered by the theatre department. There are many styles of puppetry in this showcase: shadow puppets, glove puppets and rod puppets. Puppetry is one of the first forms of theatre in the world. “I think it’s a novel idea, puppetry,” said senior theatre major Angie Wintering. “I’ve been intrigued by it ever since the wild ride that was the ‘Jabberwocky’ process. I also really like shadow puppetry, so I’m hoping the show I’m creating is semi-good.”

In 2020, the theatre department performed Lewis Carroll’s “Jabberwocky” using puppetry. Every year the theatre presents a children’s show that hosts 4,000 children, but the COVID19 academic year could not bring in the same number of kids. This was a challenge that puppetry could solve.

Taylea Mills, a junior social work major, accentuates the importance of puppetry as theater. “Puppetry creates storytelling in a way normal humans cannot. For example, you may be able to make props that create a beach, but it will never fully take you there like an image can or you may be able to stage fight, but there’s something entirely different when a person can create a different form of violence or movement that humans may not be able to physically do.”

“Puppetry being valued doesn’t seem as evident to us Americans, since many puppetry traditions and practices go back in the histories of many cultures different from our own,” Wintering lamented. “You can illustrate the beauty of a story sometimes easier with puppetry, especially if it involves a tragic death; you can kill a puppet on stage, but not a human.”

Junior applied design and entrepreneurship major, Chloe Tschetter, is employing her gift of sewing in the upcoming showcase and will be creating glove puppets in the style of Muppets. Chloe entered the puppet class to learn more about the craft, “I thought it’d be a fun way to play around with different fabrics and new sewing techniques.”

This showcase is free to the public and all are encouraged to come and watch. However, the seating will be on a first-come, first-served basis. The doors for this event will open at 6:30 p.m., 30 minutes before the performance.

Koerner said, “I would love for this class to be an ongoing thing, but there are currently no future plans for it.” This puppet showcase could potentially be the one and only student puppet performance at NW.

Mills expressed pride in the puppetry work and said “You should see this performance because all of us have worked so hard on it. We all are so passionate about our shows and each one expresses who we are in our own ways. Whether it be our sense of humor or our desire to tell stories, we each have a piece of ourselves in our shows.”

The student showcase will feature 10 stories as told by students. There may be similar themes throughout each performance, but each puppet performance can stand on its own.

From England’s Punch and Judy to Taiwanese hand puppets, puppetry is a world tradition enjoyed by all. 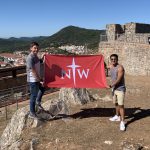 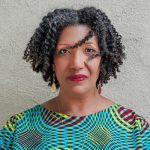