James Blake, seasoned R&B artist and producer, attempts to show us a different side of him we have yet to see on his fourth studio album. Blake first garnered critical and commercial success off his first self-titled album that debuted in 2011 and has continued to put out albums and EPs as well as produce for the likes of Beyonce, Jay Z, Travis Scott and others.

With a soulfully distant voice, Blake continues with a mixture of R&B, electronic and art-pop on “Assume Form.” On this album however, somber and caliginous themes we are used to seeing have changed since Blake fell in love.

In “Assume Form,” we are lured in once again by the ominous falsetto and cascading keys we have come to know and expect. Although the title track is at times beautiful, it is awkwardly drawn out and gives the listener a sense that the album may be the same way. Luckily, it takes a detour to two predictable featured songs with Travis Scott and Metro Boomin. Although these tracks are a nice change of pace, they are a bit out of place and do not use either artists’ best talents.

As we approach the middle, the album starts to take shape, and we see Blake at his best with songs like “Into the Red” and “Barefoot Into The Park.” It is also where we get to see the album’s greatest and most interesting production. With varying layers of synths and 808s on “Into The Red,” we are reminded of what made Blake rise to fame in the first part of the decade. Blake’s voice is pitched up and down like Travis Scott on his earlier projects and Frank Ocean on the opening track of his most recent album “Blonde.” The varying pitches are indicative of the changing landscape of his life now.

With his new love, the list of things that matter to him grow longer and longer. We get some more interesting features from ROSALÍA and Outkast member Andre 3000.

James explores the new feelings of uncertainty and self-confidence that come along with new love. There are some brilliant and beautiful moments on this record like on the ending track “Lullaby for my Insomniac” and “Don’t Miss it,” where Blake describes his want to keep his partner company as she struggles to sleep and wanting to stay in the moment and enjoy it for what it is.

There are, however, some lackluster parts of this album, like the aforementioned title track and some of the production seems like Blake is playing it safe. Although this album leaves you with the feeling of wanting more, that isn’t always the best thing. On some of the tracks the production and vocals don’t seem like enough. This is contrasted by some of the brilliantly written songs that weave this album together.

Although this is not Blake’s best project, there are certainly some noteworthy tracks that remind us what makes this artist so unique and captivating. 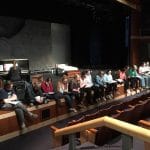 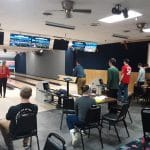