Northwestern’s goal of expanding their athletic department has been met with the addition of a new bowling club on campus. In their attempt to attract more students, the college has branched out in order to give new opportunities for scholarships and student participation.

After an intramural bowling tournament last year, Professor Todd Tracy took up the task of piecing together a new bowling club with the intention of eventually making it a GPAC varsity sport. Although there have only been around 10 students at previous meetings, there are currently over 30 students with all different skill levels on the mailing list for the club.

“It’s a good group of people to be around, very encouraging,” president of the club, junior Joey Lohse said. The hope is to start recruiting students next fall while still drawing from the current student pool.

Though Tracy wants there to always be a bowling club for anybody to participate in, his plans include taking the elite members of the club (six men and six women) and creating a competitive league that will scrimmage nearby colleges, including Morningside and Briar Cliff. He wants to take into account the change of skill level that happens over the course of a season by making these elite positions open and flexible.

As bowling is a winter sport, the season starts near the end of October, with championships around the end of February. Practices for the bowling club are Mondays, Wednesdays and Fridays at the Le Mars or Hawarden bowling alleys. They include drills and competitive games like “low-pin” or “crazy eights.” The club currently has a partial bowling lane, one they hope to eventually make permanent, set up in the dance studio to use for practicing approaches and techniques.

Tracy is looking forward to developing the students’ skills through the structured competitive aspect of upcoming bowling competitions that will bring their skills to the next level.

“I think the most exciting part is watching people improve their game and getting to see the excitement on the members’ faces when they have mastered a new skill,” Lohse said.

While it is currently a registered NAIA club, Tracy hopes within the next two years, the bowling club will turn into a GPAC varsity sport to provide more opportunities for incoming students. 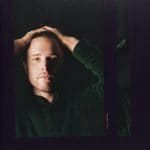 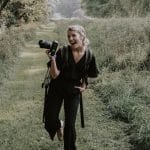