Join the celebration the Symphonic Band is throwing

Get ready to head to Christ Chapel and cheer on the Symphonic Band, because they have something to celebrate.

On Friday, Nov. 5 at 7:30 p.m., the Symphonic Band will perform a concert centered on the theme of celebration. Every single piece they will play was included for various reasons all surrounding this theme.

One song was written for a festival celebrating the opening of the world’s-only Corn Palace in Mitchell, South Dakota. It was chosen due to the palace’s 100th anniversary of opening this year. Another song will take on the Christian perspective of celebration and will praise the Lord through the playing of music. Though there will be a wide variety of songs, the idea of celebration will be prominently featured throughout the evening.

Several Northwestern students will be featured throughout the concert. Senior music education major Michael Hornback has a particularly unique role. He has been taking conducting lessons from Dr. Angela Holt this semester and will get the opportunity to showcase his skills as he conducts the band in playing Ralph Vaughn Williams’ “English Folk Song Suite.” In addition to conducting, Hornback also has a performance feature. A winner of the Ritsema scholarship competition last spring, Hornback was selected from his peers to play “Sonata for Alto Saxophone” by Robert Muczynski with the band accompanying him. A portion of this was played at the showcase concert earlier this year, but the entire piece will be performed on Nov. 5.

Hornback said regarding the concert, “I am very excited to share the band’s hard work and invite the audience into the music. I hope everyone who attends is impacted by at least one moment of the music.”

One of the closing songs is a medley from “Fiddler on the Roof”, a musical that is celebrating its 50th anniversary this year. Senior Ashley Van Ravenswaay said that it is a lively piece and a lot of fun to play. When asked about what she is looking forward to about the concert, she said, “It will be so much fun to see how far we have come already and hear all of the hard work paying off.”

Van Ravenswaay is also excited for the powerful moments that will be displayed in the song “No Shadow of Turning,” a rendition of the well-known hymn “Great is Thy Faithfulness.” Senior Abby Van Pearsum is passionate about this song. She said, “This song is so powerful as it displays the crucifixion and resurrection of Christ through sounds and instruments that are played.”

The theme of celebration will be hard to miss, as the band celebrates Christ conquering death and God’s faithfulness to his people through a beautiful brass fanfare.

This year, the band has previously performed in a showcase concert with the Orchestra, Jazz Band, A cappella Choir, Women’s Choir and Heritage Singers on Oct. 2. However, this is the first concert of three concerts the Symphonic Band has to itself, with their next concert not happening until Feb. 2022. Students should take every opportunity to celebrate the hard work of their peers by attending the Symphonic Band concert on Nov. 5. 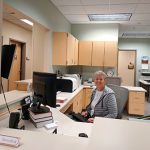 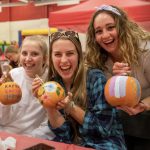