Ruth Bader Ginsburg’s death has sparked nationwide  debates over how and when to replace her. The reality is that she was more than a Supreme Court justice, she was an American icon.

Although most of her work over the past two decades was behind closed doors, her incredible personality and determination in the fight for women’s rights put her front and center. Across generations, the 87-year-old justice became: “The Notorious RBG.”

During her years in the Supreme Court, RBG gained more cultural fame than any other Supreme Court justice before her. Her bespectacled face has appeared on T-shirts, socks, coffee mugs and tote bags. Bobbleheads and action figures have been made in her likeness. There’s even a RGB Halloween costume and so many memes.

RBG’s popularity is explained by the fact that even from the beginning of her life, she didn’t let society’s expectations about women dictate who she could be. Instead, she fought against those expectations. She got her college education, went to Harvard Law School, where she was one of nine women in a class with 552 men, and graduated first in her class while caring for her young daughter and cancer-stricken husband. Although she was an exceptional student, she still struggled to get a job after her graduation for the simple fact she was a woman and a mother. RBG started making history in the Supreme Court long before she was even on the bench through her job as a professor. Through the American Civil Liberties Union’s  Women’s Rights Project, she started to build the idea of women’s rights in this country, using each one of her cases to move this idea forward.

This is a characteristic Jillian Simon, a Northwestern  student and soccer player, finds especially motivating about RBG.

“She wasn’t afraid to go after success even though she was a woman in a time when women had to pave the way for themselves,” Simon said.

As a Supreme Court justice, RBG helped solidify the constitutional protections she fought so hard to establish as an activist decades earlier. Her opinions and work were so powerful that in 2007, even when she was a minority, the court used her dissent to change the law on a landmark case on employment discrimination.

For Ali Almail, a senior majoring in genetics, molecular and cellular biology and art, RBG was inspiring not only because of her strong opinions but for her humility.

“Even though she was very sharp and her opinions were strong, she never tried to overpower other people to  support her own opinions,” Almail said. “She just gracefully let her powerful words enact change in other people’s hearts.”

Besides everything she accomplished as a lawyer, activist and Supreme Court justice, the thing students like Almail and Simon found extremely impressive and inspiring about RBG was her dedication to her work and mission to protect American women. Even through difficult times, when her husband died or while fighting against her own cancer, she never quit. She always showed up for work until she couldn’t anymore.

RBG was only the second woman to serve on the Supreme Court. She died on Sept. 18 of complications from pancreatic cancer.

Since then, President Donald Trump offered his Supreme Court nomination to Amy Coney Barrett of the U.S. Court of Appeals for the Seventh Circuit. 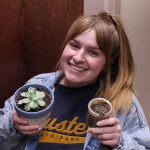 Succulents in the dorm room 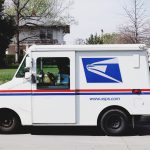