In letters sent in July to all 50 states and the District of Columbia, Thomas J. Marshall, the general counsel for the Postal Service, told most states that “certain deadlines for requesting and casting mail-in ballots are incongruous with the Postal Service’s delivery standards.”

Because of COVID-19, mail-in voting has become a possible safe avenue for many people to cast their votes for the November election. It is estimated to be the largest number of mail-in votes cast in the history of the country.

In his letter, Marshall urged voters to request their ballots at least 15 days before the election in order to confirm their votes will arrive in time to be postmarked by Election Day, scheduled for Nov. 3.

“This mismatch creates a risk that ballots requested near the deadline under state law will not be returned by mail in time to be counted,” Marshall wrote. The only states with regulations that match the needs of the Postal service are Nevada, New Mexico, Rhode Island, Oregon and potentially Vermont. Predating COVID-19, the USPS reported net losses for the last several years as the demand for shipping items such as letters, magazines and newspapers has dropped over the last two decades. At its current rate, the Postal Service is set to be insolvent by June of next year. COVID-19 has only led to an exasperation of this issue. Mail volume dropped significantly after the pandemic hit, and online shopping is one of the main reasons the USPS is able to stay afloat as of now.

On top of all of this, President Donald Trump has aimed his rhetoric and some policies as a potential means to undermine trust in the USPS. In one instance, Trump, when referring to the USPS, called it “catastrophic” and described the use of mail-in voting as a tactic by Democrats to “steal the election.”

He continued: “Now, in the meantime, they aren’t getting there. But if they don’t get those two items, that means you can’t have universal mail-in voting because they’re not equipped to have it.”

When asked about Trump’s comments regarding the USPS, Noah Karmann, chair of  the College Democrats at Northwestern said, “Trump’s attempt to sabotage the mail while simultaneously claiming that the election is rigged when he is the executive of the U.S. is no more than a massive political plot to try and guarantee his chance to win and then call corruption when he loses. It’s nonsensical and in line with Republican attempts at voter suppression over the past several decades. It’s political chicanery at its finest and it’s compromising the legitimacy of our democracy.”

In testimony before the House Oversight Committee in August, Louis DeJoy, the recently appointed postmaster general, reiterated a pledge he had made earlier that month and said ensuring successful mail-in voting would be the agency’s “No. 1 priority.” He called Democrats’ assertion that he was working with Trump to hinder the program “outrageous” and testified that he planned to continue the agency’s practice of prioritizing election mail.

Congressional bills with bipartisan support were put forward in August to attempt at reversing changes made to the USPS in recent months by the postmaster general and also provide the agency with $25 billion in relief funds. The bill was passed in the House of Representatives but most likely will not move forward in the Republican controlled Senate.

All of this is creating a potential problem for the faith in and execution of democracy in America as the election draws closer. 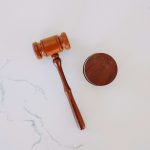 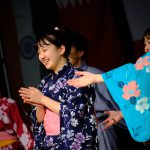