Katy Perry’s voice and musical style may have matured a bit as she has gotten older, but the singer still has some spunk in her, and it shows in the songs released on her new album, “Smile.”

The album was released on Aug. 28 and when listening to it, I had moments when I smiled.

There are 12 songs featured on the album, but six of them stood out to me as songs I will be adding to my playlist.

The first song on the album is titled “Never Really Over,” and I had heard this song before listening to the album. My brother had shared the song with me, and it captured my attention right away.

The chorus is catchy and a fun one to sing along to. Perry’s vocals are strong, and her range is showcased throughout. The digitalized percussion and synthesizer instrumentation add a cool and youthful feel to the song. There is also tempo change in the middle that is nicely done.

“Daisies” has an empowering and positive message in the lyrics. The guitar part in the instrumentation adds a raw and vulnerable feel and it is a strong element within the song. The switch from guitar to digital instrumentation and piano creates a cool effect. Once again, Perry exhibits an incredible vocal range and the tempo transitions are well executed. This song is a fun one to listen and daydream to.

Another empowering and strong song is “Resilient.” This song has a different vibe from the other songs, and it was a refreshing change. There is a strong beat throughout the song, and it made me want to stomp and clap along.

It sounds like there is a violin featured in the instrumentatio,n and I always love a good violin part.

The lyrics are inspiring and create nice visuals when listening to them. There were some similarities to Perry’s “Roar” in this song which shows that she has consistency as an artist.

Another song that caught my attention and held it throughout was “End of the World.” This is definitely a power song and has an uplifting message. It features a sample of “Na Na Hey Hey Kiss Him Goodbye” by Steam, but with an added twist.

The lyrics of the song also have some nice rhyming moments. I picked up vibes from some of Perry’s previous songs while listening to this song, mostly “Dark Horse” and “Rise.” I would love to choreograph a dance to this song.

The title song of the album, “Smile,” is another song that I had previously heard in a commercial, and I liked it because it’s upbeat and fun. The chorus is catchy, and it makes me want to sing along.

The lyrics showcase a humble side of Perry and they have a positive message. The rhyming of the lyrics makes it easy to learn the lyrics and join in.

The brass featured in the instrumentation has a digital element that adds a cool effect. This song just makes me feel happy .

“Champagne Problems” grabbed my attention from the second it started playing with the instrumentation featured at the beginning. The rhythm guitar has some cool riffs, and the bass guitar is strong throughout. There is a descending effect used in the instrumentation which is ear catching, and it kept my attention. Perry also uses an echo effect with her vocals which puts a modern twist on the song. This would be a fun song to listen to in the car.

Perry did not disappoint with the songs featured on this album. Overall, I enjoyed listening to the songs and hearing what new elements she brought to the table. Perry’s style was evident throughout the album, but she threw in some twists for fun. There were some songs that got lost amongst the stronger songs, but I would recommend this album to my friends who are looking for some fun and upbeat music to dance and sing along to. 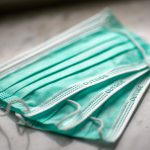 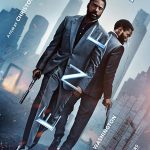