Following in the footsteps of the iconic and mind-bending movies like “Interstellar” and “Inception” comes the highly anticipated film “Tenet.” The viewer is kept engaged throughout the whole movie as they try to wrap their minds around the idea of time – time that moves both forward and backward.

The movie depicts the characters racing against the clock – both the linear and inverted clock – to prevent the birth of World War III.  The characters discover that those in the future who invented inverted time are attempting to attack them in the present day.

Through a series of complex events, the characters struggle to decipher the mechanism through which this attack is possible and how one is able to stop it. With this talented cast in tow, these complex ideas are portrayed masterfully, and viewers are drawn in and engulfed by this new world.

The audience must also acknowledge the diversity seen in the cast and in the filming locations. This movie is made more engaging and beautiful due to the different strengths of the cast: the actors encompass a large age range, some with fresh talent and ideas, others with decades of skill and experience. Further, many of these actors come from different countries and cultures, including India, the United Kingdom and the United States.

“Tenet” was filmed in seven countries: the United States, India, the United Kingdom, Italy, Norway, Estonia and Denmark. With all these differences in mind, “Tenet” weaves together a beautiful image of diversity and paints a more vibrant story for the audience.

In this film, director and producer Christopher Nolan again presents his viewers with a puzzle to decipher, and the viewers must acknowledge the genius and originality of this puzzle.  Through this creativity, the film requires the viewers’ complete attention and full mental capacity.

The music is another key component to the film. While  Nolan paints a visual picture for the viewers, composer Ludwig Göransson paints a vivid soundtrack for his listeners. His music reflects the themes of moving both forward and backward in time.

In order to portray this, Göransson uses drums that build in tempo and sound to indicate forward motion in time, and then he suddenly switches to a slow, mechanical, uneven rhythm to signify backward motion in time. In addition, Göransson also usesd technological sound effects to add to the futuristic theme of the movie. The effects of the music are that the viewers are able to feel what the movie is portraying.

The one downfall with this film is that the dialogue is not clear. The actors wear oxygen masks for a large part of the film and some of the actors have accents, overall making the dialogue challenging to understand. These factors make it difficult to catch odd names and phrases that are important, which can make it more difficult for the viewer to follow along. If you intend to watch this movie, I highly recommend watching it with closed captioning.

Overall, I would rate “Tenet” 4 out of 5 stars. This film does a great job enthralling the viewers. It requires persistent focus, and its intensity and originality keep the audience guessing as to what comes next.

With a movie like this, with every run-through, more details will emerge, and a more complete picture will be formed, especially when considering the fuzziness of the dialogue. If you are looking for a movie to challenge the way you understand the world around you, “Tenet” will certainly push the limits of how you perceive time and the future. 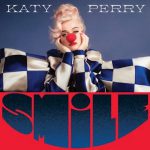 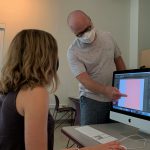