Directed by Andrés Muschietti and based on the 1986 Stephen King novel, “It” hit theaters across the country last week. The movie shattered box office records with the largest opening for a September release or R-rated movie,  perhaps due to the anticipation and talk of the film rather than a testimony to its horror. Critics warned viewers of the terror, but simply put, the movie really was not that scary at all.

The film is based in a small town in Maine called Derry. The film’s nightmarish antagonist clown, or “It,” shape-shifts to match the fear of the child it preys on, feeding on them as its life source so it does not starve.

This intense fear-seeking feature of “It” is perhaps the most frightening part of the film. While the creepy clown scenes were definitely startling, seeing the real problems in each child’s life and what they feared most was not only hard to watch but also sad. The human faults displayed were authentic and heartbreaking, especially because many character lines brought attention to the issues that tend to be kept quiet. As viewers began to connect with the characters throughout the film, it was hard not to ache over the struggles each had.

The portrayals of the children are what one might appreciate most about the film. Seven young outcasts bond together over their differences, and each kid has a strongly-built character that keeps viewers interested. The storyline took time to develop each individual, which was a make-it-or-break-it asset to the movie. Each personality had its own distinctive feature, whether it be lip, charm, wit or awkwardness. In the gang of seven, not one character is a weak link to the storyline, and viewers will find themselves adoring everything from their agreeable faces to their young familiarity with profanity.

The setting of the movie is also to be appreciated. Set in the late 80s, everything from the outfits to town structures was pleasing to the eye. The cinematography was well done, which is notable, as it seems many horror films these days try to get too complex with filming certain shots.

Altogether, the film was enjoyable, but for unexpected reasons. Anyone looking for a film to scare their pants off might be disappointed, but not too discouraged. While “It” was more entertaining than it was terrifying, it was ultimately just that—an entertaining watch. 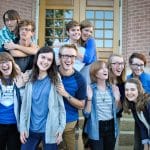 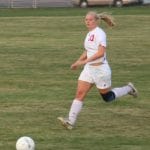