It is that time of year again: the time when the first autumn breeze blows another handful of comedians into Northwestern’s midst. That’s right: it’s time to debut this year’s brand spanking new Black V members.

This is unusual: the V has not added five new members in more than four years. However, with five members leaving after this year, the team wanted to leave next year’s team with a decent setup. The team was also particularly impressed with these five members.

“We do this thing at auditions called character walk,” Slattery said. We ask a bunch of questions so you get to know every aspect of the character. Each of them really stood out to us during the process of that exercise.”

While all four of the other new members have experience performing in high school speech, Derr had no experience with improv or performance but had always wanted to join the V.

“I thought about it in the past and was too scared to do it,” Derr said. Derr decided to take the risk this year — and it ended up paying off.

A transfer student from Buena Vista, Nafe was prompted to go to auditions by a mysterious sight: “I saw a poster on a sidewalk, and I literally had to walk around it, so it caught my attention.”

And in an even more laid-back vein, Fynaardt auditioned because he “just wanted to do cool things.”

Slattery, affectionately known as Ab Slatt, and Schutt, nicknamed A. Schutt, are the co-leaders for the  Black V this year.

When asked about her hopes for the new team, Slattery said, “Every year the V has a very different dynamic. Last year we were very witty. This year I want to try to get more physical… But not with each other.”

There are a wide variety of majors and interests within the group this year, from exercise science and elementary education to math and computer science. Skillern is “hoping with the different personalities they can still mesh well.”

Although a date for the debut show has not been set, Slattery recommends keeping up with all the V news online.

“Make sure you follow us on Instagram @nwcblackv. “ she said. “We have a really great social media manager.”

Do not worry, though: Swonger, a.k.a. Swongs, cites their next show date as “sometime between now and the end of the world.”

Keep an eye out for those V posters taped to doors and sidewalks and maybe even a stray cat or two. With this group, you never can tell what’s comin’. 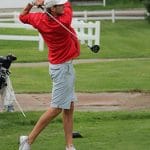 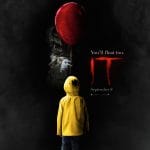