The recent passing of Queen Elizabeth II has got me thinking. For taxpayers to fund the royal family, there must be some benefit to the countries and common people. So, is it possible that those benefits would also translate to the United States if we were to have a Monarchy alongside our president?

Before I go into my reasons, I am going to add some credibility to my opinion. I like to consider myself an avid fan of the royal family (Yes, more than just having watched the Netflix show The Crown). I was also able to spend some time this summer in London during the Queen’s platinum Jubilee celebrating alongside the people of Great Britain.

Growing up in the Midwest, I understand how much we value our patriotism and #Merica. Yet, in the past ten years, we have seen increasing division and tension between political parties and Americans overall. Similarly, Great Britain has divisions between its Conservatives and Labour parties. Like America, their parliament and prime minister are voted on by citizens older than 18. Which has also created recent division among their citizens.

However, what they have overarching all of it is a central monarch. The royal family serves as a figurehead for the nation. Politically they are neutral because they are also the head of the church. This means they are the literal bridge between church and state by having regular meetings with both the prime minister as well as appointing different leadership positions within the church. Someone who publicly represents the nation beyond the political party in office. So, no matter whether you think there needs to be more or less separation of church and state. Both viewpoints should recognize that a bridge would be helpful, no matter the extent of it.

Now stick with me and imagine what it would look like to start a monarchy. The most obvious question is who would get to be the king or queen. I don’t think as a nation we can just vote on, because then that would create another thing for us to be divided on. I think the most obvious choice would be Prince Harry and Megan Markel since they are living in the United States already. They would be able to bring in the tradition of the British monarchy while being able to focus on and address issues pertinent to Americans. Both Harry and Megan have spoken out against injustices concerning the British monarch and Megan’s mixed-race heritage, which I think is another reason they would help the new monarchy achieve a positive impact in both our country and around the world. A final addition I would suggest is that whoever is the reigning monarch, both the king and queen would be equal in rank and status to promote balanced leadership in America.

All in all, I understand that the possibility of a new monarchy is unlikely. However, I hope the idea of it helps people recognize the bigger picture of our divisions and the importance of finding shared goals and values that go above politics. 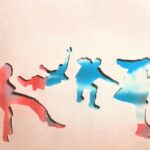 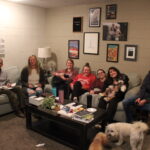