Could you survive 39 days in the wild with nothing but the clothes on your back, 20 strangers who are ready to attack you to win and a film crew? While maybe you cannot, this is a question that the resident directors, their spouses and other staff and faculty members ask themselves for about 12-16 weeks out of the year.

No, our leaders on campus are not the ones who put themselves into these survival situations, rather they all choose to watch the hit show Survivor together.

This tradition is nothing new to campus. However, this gathering once a week has been ongoing since 2003, when Eric Anderson, who now resides in financial aid, was the director of resident life.

When asked about how the viewings have helped him connect with others Anderson said, “my engagement story involved Survivor (“making a permanent alliance”), which the RDs at the time had a big hand in helping me plan. So, all along, this has helped build relationships outside of the job.

Even after moving to a new position on campus, Anderson kept his love for both Survivor and the people in charge of residence life. He continued to put together survivor watch parties throughout the many seasons the show has gone through.

As RD’s and staff have come and gone, survivor watch parties are one thing that seems to stick around. It has welcomed all our current RD’s into this makeshift family of reality TV lovers. Even our newest RD on campus, Brian Follett, and his wife, Madison Follett, have been brought in quickly to the community. Last year, Brian and Madison hosted the weekly viewings in their Colenbrander Hall apartment. This act of hospitality is appreciated by the rest of the viewing members and allows for a space for RDs and other staff members to connect and bond outside of their work lives in a way that allows them to grow closer and truly become friends and neighbors.

RDs spend so much time with students that it always been a fun way to let them be together with peers for an hour each week for social reasons. “Sometimes after the episode, if people have time, some stay and chat for a while,” said Madison. “This time offers us more community within the resident life family and gives us something to look forward to every week.”

The atmosphere of the watching ranges from week to week, with some weeks being “intense.” No matter how intense each week is Natalie Wheeler RD of Fern-Smith Hall had this to say about the tone of the parties. “Overall, the atmosphere is pretty relaxed while watching the show,” Wheeler said. “We definitely have some competitive people in the group who get a little more into the challenges and drama of it all, but as a whole, it’s very chill – but fun nevertheless!”

To keep the seasons fresh and exciting, Anderson has set up a draft for the beginning of the seasons. The viewers compete in an array of challenges and then draft the player who they think will win that season of Survivor. This twist allows each viewer to become more invested and involved in the season. Another twist that Anderson has made a part of the seasons is a weekly survey that allows viewers to predict what will happen on that week’s episode. At the end of the season, a winner is picked from the viewers. This winner is decided by if one of their draft picks wins the show or based on who obtained the most points from getting predictions right on the weekly surveys.

We can agree that with all these Survivor watching group parties, watching with those we love beats watching alone every single day. 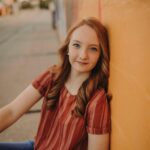 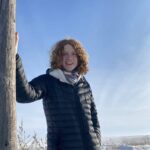