In his newest novel, “Lisey’s Story,” King creates the beautiful character of Lisey for whom it is impossible not to sympathize with as she visits her past as well as her late husband’s.

In the beginning of the novel, famous writer Scott Landon dies. Two years later, his widow Lisey finally starts cleaning out his study, filled with his old writings and memorabilia. There are people who wish to get ahold of some of her husband’s unpublished works, but she can’t let the papers go.

After two years of refusals, one man, “Zack McCool,”starts threatening her for the papers. From there, Lisey’s story takes off.

From memories of the life with her husband, the struggles of trying to help her sisters and the fantasy world of Boo’ya Moon “Lisey’s Story” spans the wonderfully imaginative as well as the painfully realistic.

King’s writing style quite expertly captures the wanderings of the mind, though it is sometimes hard to keep track of where that mind is going. At one point, there are four different scenes going at the same time, all focusing on a story of Scott’s brother. King also writes great accents, mimicking the Yankee and Southern accents, not to mention the phrases that are pleasantly life-like.

For being written by such a famous thriller writer, it wasn’t a terribly frightening book. This book is best for readers that prefer realistic fiction with a touch of fantasy and suspense. 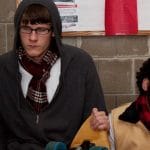 It’s cool to be hip 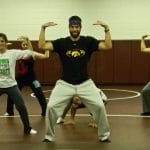