Four groups of students will compete to see if they have what it takes to win this year’s Northwestern’s Best Dance Crew.

The four crews, made up of 25 students, will be judged by members of Southern Movement, a dance crew that competed on MTV’s “America’s Best Dance Crew,” the TV street dance competition that inspired the creation of NBDC three years ago. Southern Movement will also perform at the event.

“This year’s dances will be mostly hip-hop with mixes of unique style in each crew,” said Keely Wright, who is NBDC’s director and production designer. “One crew is doing a dance battle. Another dance has a bit of the post-apocalyptic, you might say, and there will definitely be some ‘80s music involved in another.”

West-Turn Union, named to poke fun at past NBDC competitor West Slide Story, will combine hip-hop, dub-step and lyrical styles in their dance. The crew consists of five men from West Hall and is led by sophomore Tyler Gleason.

Carbon 6 is a group of six women on the dance team who formed their name by combining the chemical element with its atomic number. Led by junior Jill Black, the crew will perform a hip-hop dance.

The One and Only, six women including leader Emily Loveland, will perform a crew dance.

“I love watching the crews do their thing on stage because it’s a real collaboration,” Wright said. “It’s fun to see them work together to create something they love. It’s a great visual, and it’s great time away from schoolwork.”

After the four crews perform, a halftime show will be presented by the Business Cheetahs, a group of four men from Colenbrander Hall’s Heemstra Wing that is not competing.

Following the halftime show, two finalists selected by Southern Movement will each perform a second dance, and students in attendance will have the opportunity to vote for their favorite crew with quarters. The money raised will benefit Vivian, a child in Zimbabwe that NW sponsors through the Christian humanitarian organization World Vision.

Wright said, “You can support a good cause while watching people you know do fun things onstage.”

NBDC, presented by the Student Activities Council, will be at 9 p.m. Friday, Oct. in the Bultman Center. There will be a $2 admission. 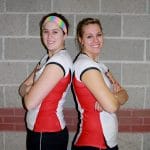