On Monday, the men’s golf team placed first in the second GPAC men’s qualifier, which was played in Lincoln, Neb.

After two of the four rounds, Northwestern is the overall leader with a 36-hole total of 618. The Raiders fought rainy and cold weather to shoot a 317, which was four strokes better than second-place Doane.

The final two Qualifiers will be played in the spring.

The Raiders were led by seniors Neil Malenke and Ryan Kiewiet, who both carded a five-over 76 for the day. Malenke and Kiewiet shot 38 on each nine. Freshman Ryan Christy tied for 11th with a score of 81. Senior Kyle Stanek tied for 23rd with an 84. Sophomore Caleb Malenke shot an 85, which tied for 27th.

“The keys to our victories as of late is that we have two of the best players in the country on our team,” Stanek said. “Neil and Ryan have played so well, and both have had more success in their sport than most athletes on this campus.”

Neil Malenke broke the school record for 18 holes earlier this fall at the Palace City Classic. He carded a seven-under 65.

Kiewiet was the previous record-holder at 66.

Last Tuesday, the Raiders took home the team championship at the Morningside Invite as well as medalist honors for Kiewiet. NW shot a 298 for the round and was the only team to shoot under 300 on the day. NW finished 18 strokes ahead of second place Morningside.

Kiewiet took first place with a two-under 69, which was the only score under par in the tournament. Neil Malenke took second place with a 73 (+2). Stanek tied for sixth with a 77. Caleb Malenke placed 11th with a 79.

The Raiders will wrap up their fall season on Monday and Tuesday with a trip to Kohler, Wisc.

“I feel that as a team we can accomplish great things this year with such a veteran core of guys,” Stanek said. “I want to finish my last year of competitive golf in a way that I will remember for the rest of my life.” 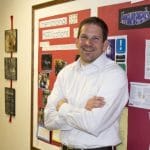 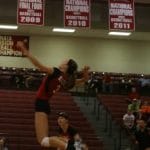