Last Friday and Saturday the Northwestern men and women’s golf teams competed at Palace City, in Mitchell, S.D. Both the men and women teams finished the two-day meet in second place.

The men’s team had four athletes finish in the top 20 in the Palace City Classic. Senior Neil Malenke came out of the weekend with a first place finish, and an individual school record of 65 (-7) for Friday, and 75 for Saturday. Malenke finished one shot in front of the second place finisher.

“The scores are pretty tight at the top with us, Hastings, Dakota Wesleyan and Morningside,” Malenke said.

Hastings finished first place, with NW trailing one stroke behind.

The team finished second overall, and will play again on Tuesday in the Morningside Invitational.

The women’s squad earned four of the top 20 finishes for the Palace City Invite. The women’s team shot a 36-hole score 673. They opened with a school record of 326 on Friday and finished with a 347 on Saturday.

Senior Taylor Malenke was this week’s top performer for the Raiders. She tied for third place with a final score of 160. Juniors Emma Wynja and Betsy Wallin tied for eighth with a score of 167.

The competition was close, but the Raiders secured their second place spot. NW finished 32 strokes behind the champion Dakota Wesleyan, and 42 strokes in front of Jamestown.

The women will compete in their last meet of the fall season on Tuesday. 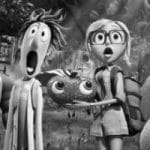 Cloudy with a chance of stereotypical 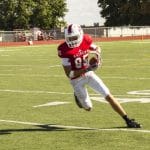