The then-No. 17 Northwestern football team lost to Nebraska Wesleyan 22-8 on Saturday. The loss dropped Northwestern out of the top 25 for the first time in the past 23 polls. “We have a long season ahead of us,” senior linebacker Isaiah Twitty said. “We have to learn from each game we play and take this season one game at a time.”

NW scored its only points of the game on a late fourth quarter drive with 49 seconds to play. Six points came on a touchdown pass from senior Davis Bloemendaal to senior receiver Brice Byker. The Raiders followed the score with a two-point conversion from Bloemendaal to junior Levi Ettleman.

NW attempted an onside kick but failed to convert, ultimately leading to the end of the game.

Nebraska Wesleyan scored the first points of the game on a 37-yard field goal attempt in the first quarter. The first half ended with NW behind 3-0.

On their first possession of the second half, the Prairie Wolves scored the game’s first touchdownto take a 10-0 lead. After another three and out by the Raiders in the fourth quarter, Nebraska Wesleyan took a commanding 16-0 lead off a one-yard touchdown run.

The Raider offense was forced into a turnover on its next possession after Bloemendaal threw an interception.

The Raider defense forced the Prairie Wolves into a long 51-yard field goal attempt that was blocked by senior Nate Van Ginkel. However, the visitors regained the football after NW coughed up the fumble on the return. Two plays later, Nebraska Wesleyan scored their final points of the game on a two-yard touchdown run.

“Each week we try to prepare as best we can for the game ahead of us,” head coach Kyle Achterhoff said. “This week is a new week. We will take this experience and learn from it to get better as the season goes on.”

The Raiders have a bye this weekend. 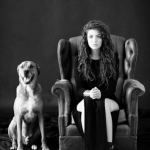