For those who attended the recent performance of “Love’s Labour’s Lost” at Windmill Park, students may have noticed an unfamiliar face performing in the role of King Ferdinand. It was none other than the new professor in Northwestern’s theatre department.

Known professionally as Mark Tyler Miller, he is fondly known by his theatre students as Tyler or MTM for short.

Miller grew up in Etna, California, and knew from a young age he loved theatre. After playing a role in Noah’s Ark as a kid, Miller went home from that performance bawling, and he told his mother, “I wanna be on stage!”

“She took me under her wing and specialized with me. She really taught me the basis of how you become an artist,” Miller said.

Miller also continued his training in high school under the direction of Tracy Harrison. These two teachers impacted him deeply. He went on to pursue a bachelor of fine arts in theatre with an emphasis on musical theatre, going on to graduate school.

God then led him to act professionally in Seattle, Washington, at the Taproot Theatre Company, where he was involved in 30 to 50 performances.

Although Miller loves acting, he decided he wanted a job with a little more stability than what the professional acting life offered. So, he became a professor and taught at Fresno Pacific University in California.

After two years, Miller felt God calling him to fill the position that had opened up as a theatre professor at NW. He wanted to work at a Christian college because he wanted to train Christian theatre artists so they would be able to use the stage as a mission field.

“There are so few Christians that are working professionally because it is so hard to maintain your faith. So, to get to be that person who goes out there and loves people like Jesus loves them… to be in the world but not of it, and love people deeply and show them the light of Christ, it’s exciting,” Miller said.

So far, he loves the community at NW, especially the faculty and students he has the opportunity to do life with.

“The students here are exceptional,” Miller said. “I’m finding that students are hard workers and they do what I’m asking.”

“He fills a gap we never realized we had in the department,” junior Karisa Meier said.

Other students agree he brings a new dynamic through his use of physicality and spontaneity.

“He is a ball of charisma and he brings so much life and joy,” junior Ryan Altman said.

Students also love how hands-on Miller is in the classroom.

“He has a strong grasp of how you can’t really learn theatre unless you do it,” junior Rachel Smart said.

Not only do students appreciate Miller’s presence in the classroom but also his outspoken faith.

“At the most random moment, he’ll just implement the Holy Spirit into the discussion,” junior Angie Wintering said. “You don’t really see that super often even though we’re at a Christian college.”

One of the biggest differences students have noticed in the department since Miller joined the team is in warm-ups before a rehearsal.

“Honestly, the warm-ups that we have in the department are kind of old and stale and we do them so often that they don’t actually warm us up,” Meier said. “Because Tyler is coming in with a lot more recent knowledge of what works and what can really get your body prepared to act, I have definitely felt a difference in how prepared I am for rehearsal.”

Another transition students have had to adapt to is the new vision for the Drama Ministries Ensemble (DME). Miller is passionate about creating solo performances by taking characters from the Bible and updating them to a modern context.

“Since he’s excited about it, you get excited about it too,” Smart said. “I really like the emphasis he’s putting on creating and devising new work. That’s really cool because it gives us a level of respect as artists and creators, and trusting that what God has to say through us is valuable.”

He believes in wrestling with modern themes that are all over the place in scripture – feelings like guilt and blame and separation from God.

“I’m interested in looking at that kind of stuff that might be more uncomfortable to wrestle with in a play,” he said. “I want to bring deep truth to the work I’m doing.” 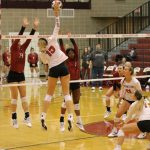 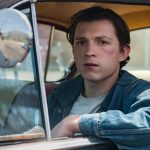