Northwestern women’s volleyball had four games within a week as they play their rescheduled games due to COVID-19. The Raider’s fought hard and won their last three games within the week, concluding their busy schedule with a win against the Hastings Mustangs within four sets.

The start of the game was a set loss 25-21, but that did not stop the Raiders from continuing to fight; they knew going into it they were going to be tired because of the past week, but they persevered.

With successful blocks and plays by A.J. Kacmarynski, Lacy Reitz, and Emily Van Ginkel, they helped lead NW to win the second set. In the third set, NW scored the first four points, like the previous set, and never trailed the points. This was a crucial set determining if there was going to be one more set played or two.

Holding on to their lead, the Raiders fought and caused a mistake from the opposing team causing the set to end wiht a 25-23 win.

With the fourth set, all the Raiders had to do was beat the Mustangs for the match to be over. With their opponents fighting hard, McKenzie Fink, Anna Wedel and Emily Strasser helped their team with the win against the Mustangs. The final set score being 25-21.

The NW volleyball plays Tuesday, Oct. 20, at Mount Marty University. After that game, they will have five more regular season games before the long road to playoff begins. Three of the five games are at home. Keep cheering on the NW volleyball team as they make their way to playoffs and have a strong finish to their season. 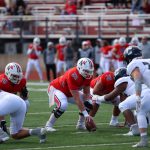 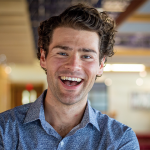