Both Northwestern’s  men’s and women’s basketball teams have been busy this past week. The Raiders hosted the NW Classic last weekend, and both teams travelled to Briar Cliff Wednesday.

The men hosted Oak Hills Christian for their first match-up, on Friday, Nov. 11. The Raiders defeated them 114-82 with an impressive offensive display. NW was led by junior Colton Kooima who had 25 points, and senior Mading Thok who scored 19 points and was eight for eight from the field.

The next day the Raiders faced off against Viterbo and picked up a 76-60 win. Juniors Riley Francis and Nathan Wedel led the team in scoring, with 28 and 21 points respectively. Wedel also picked up 10 rebounds for the double-double.

The NW women opened up the classic with a massive 81-42 blowout over Waldorf College.  Freshman guard Chanda Zomermaand led the team with 22 points, with 12 coming from beyond the arc.

On Saturday, the women picked up another win against  Presentation College. A strong team performance helped them secure a comfortable 79-55 win.

NW headed down to Sioux City on Nov. 16 to face Briar Cliff. The men managed  to pick up an 80-65 win, snapping a five game losing streak against the defending GPAC champions. This was the men’s seventh consecutive win.

The men and women will both be taking the court tomorrow (Nov. 19) when they host Doane. 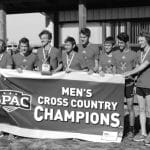 Thanksgiving with a different kind of family