Men’s and women’s basketball kicked off their seasons in the newly renovated Bultman Center this past weekend, and both were victorious. The women’s team thumped Tabor College and the men’s team picked up two victories in two days (Valley City State University and Mayville State). It was a weekend that saw many new faces for both teams as well, both on the court and patrolling the sidelines.

The women’s basketball team began the weekend with what was anticipated to be a tight matchup against a veteran squad from Tabor. Tabor struggled to score early on however, managing just eight points in the first quarter, and the Raiders never relinquished their lead as they played their way to a 77-44 win to start the year.

“We are all very excited to compete this season!” noted junior post player Hannah Nerem. “I feel that we have a strong core of teammates returning as well as an ambitious group of freshmen that bring lots of talent. The adjustment to a new coaching staff has been positive and exciting, and we are thrilled to continue chasing excellence this season.”

It was the first game for both head coach Kristin Rotert and assistant coach Macy Miller. Both coaches were stand-out athletes themselves at South Dakota State University and are now beginning their coaching careers in Orange City.

The men wasted no time in starting their season off strong, pouring in 49 first half points against VCSU on their way to a commanding 85-65 victory. Returning first-team all-conference players Trent Hilbrands and Alex Van Kalsbeek led the way with 17 and 26 points, respectively.

“I thought we competed and brought great energy for our first games” shared senior guard, Noah Slagter. “It was really fun to be back on the court this past weekend with all my teammates. I’m looking forward to competing with all of them and defending our throne on top of the GPAC.”

Friday also marked the return to Raider basketball for Colton Kooima ’18, a highly accomplished player under Coach Korver from 2014-18, who now returns as an assistant coach.

Saturday’s game was more of a back-and-forth battle that saw several runs from both teams, but Mayville State’s final push proved to be too little, too late, as Northwestern iced the game with free throws down the stretch to cap a 90-83 win. Redshirt sophomore Matt Onken, made his presence felt on the varsity scene, putting up a career-high 22 points in just his second varsity start, good for second on the team in scoring following Alex Van Kalsbeek.

“I am looking forward to bonding more throughout the season with the team and figuring out all the ups and downs together” said Onken. 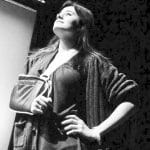 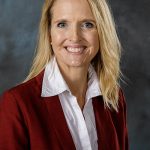