The Northwestern men’s soccer team came out flat in the first half on Saturday against William Penn but took care of business in the second, scoring twice and defeating the Statesmen 2-0 in Oskaloosa.

After failing to score in the first half, junior forward Jeriah Dunk and senior forward Graham Kinsinger both scored in the second, spurring the Raiders to a chippy victory on the road as NW’s non-conference schedule came to a close.

“We should have scored a lot more than we did,” Dunk said. “We came out flat-footed, but after Coach talked to us at half-time, we got going in the second. It was a rough game.”

Dunk scored his goal in the 52nd minute on a picture-perfect pass from senior forward Jonathan Taves, putting the ball easily into the net from in front of the goal. Taves also had three shots on goal in the game.

“I didn’t think the ball was going to get to me,” Dunk said. “There really wasn’t any way I could miss.”

Kinsinger scored the game-clinching goal off a pass from senior forward Taylor Biggs in the 67th minute, punching in a shot past the William Penn goalkeeper to clinch the game for the Raiders.

NW will begin conference play tomorrow at 7:00 p.m. against Nebraska Wesleyan at the Northwestern College Soccer Complex in Orange City. 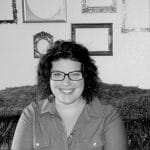 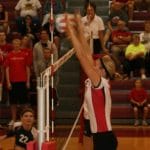