Manhunt: Unabomber is a short series on Netflix that tells the real life story of the FBI’s pursuit for the Unabomber.  Happening in the 1990s, criminal profiler Jim Fitzgerald struggles to prove the importance of profiling to a bureau who has not yet completely accepted the new strategy.  Fitz plays a huge role in finding out who the Unabomber actually is, using “forensic linguistics.” He only faces one problem: forensic linguistics does not actually exist.

The Unabomber is a serial killer who remained anonymous to the FBI for over 17 years.  He sent his first bomb to kill starting in 1978. The first break in the case came in 1995, when the Unabomber sent a manifesto describing the problems with the modern world.  The UNABOM task force took some convincing, but Officer Fitz was eventually able to prove who the Unabomber actually was simply from the way the manifesto was written.

However, because it was a not yet accepted tactic in the time, the man identified as the Unabomber is a brilliant genius who calls fruit of the poisonous tree on the investigation.  Essentially, this means that because forensic linguistics doesn’t actually exist, the warrant to search his cabin to find evidence to prove who he was illegitimate — making the evidence illegally obtained and thrown off the case.

The way the directors decided to share this important story of the most deadly serial bomber in history is what makes the series so great.  The dramatic storytelling feel of the series is part of why it is special, but the refreshing part of it all is that it is actually true — an interesting story worth telling. There are setbacks, there are breaks, there is excitement; it is a show that is well worth the time of anyone, whether or not one is into “crime shows”.  The action and drama is real, and exposes the struggles within the Bureau while also showing the personal emotions connected to any criminal case.

While the plot of the series was very flatly laid out in previous paragraphs, the show goes so much further than just the basics of the storyline — simply because it is not simple.  Manhunt is a deep narrative with much more going on than “some men” trying to catch another criminal. 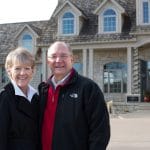 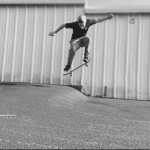