Situated right on the back nine of Landsmeer Golf Course is the home where President Greg Christy and his family reside. Additionally, the home is a place of entertainment for more people than just the family. The home was donated to the college by Drew and Jean Vogel for the purpose of not only housing the president’s family, but also being a venue for college and community-related events.

The Vogels were both alumni of Northwestern, and have been active members in the community for years. Drew, along with serving as the president of Vogel Paint, has been a long-time board member at NW and has served as chair of the board.

They built the home for themselves back in 1999, but once their children moved out of the home, they felt the house was too large for just the two of them.

The Vogels then proposed the idea of donating the home to the college due to their appreciation for the hospitality that the current and former presidents of NW had provided to the campus. They saw the need for a larger home in the campus community to be able to host events for faculty, staff, students, alumni and friends of NW and made the generous decision to donate their home.

“That was their motivation,” Christy said. “They wanted to do something for the college that would have a long-term benefit.”

The decision to accept the donation was made by the college Board of Trustees.

The Christy family moved into the home in May of 2017 and have enjoyed not only living in a new home but also being able to carry out the vision the Vogel’s had for the home.

“We have put the home to good use already,” Christy said. “We hosted the annual picnic for new students this August and had around 350 attend that.”

In the spring, the home will be used to host several luncheons for all graduating seniors.

“In December we had three different opportunities for faculty and staff to come to the house for a Christmas reception,” Christy said. “We had a group of board members, trustees and their spouses, along with community members over for a couple dinners over Christmas.

“We’ve also had a number of overnight guests, including a missionary and his wife here from Africa for a week. We will have other guests stay in the spring as well.”

The Christy family resided in the previous president’s home for nearly 10 years, which was built in 1979.

“Our kids grew up in the other house, so it was a bit of a hard transition for our family leaving a place where you have a lot of memories,” Christy said.

However, the Christys have loved the past several months in their new home and are excited for other Presidents’ families to occupy the home.

“It’s a wonderful place to live,” Christy said. “We are honored to be the first President family to live there and realize there will be many others after us. We want to be good stewards of the space. 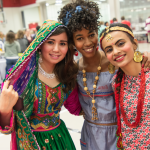 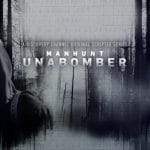