I have always heard those older than me say, “It’s all about who you know.” Until recently, I had always been under the assumption I could reach my career aspirations through dedication and hard work, which still holds partially true. However, there is another variable to the equation of success. As it turns out, those older people were also wiser than me thanks to the experiences they have had allowing them to see the importance of who you know.

Today, though I would not go as far as saying it is ALL about who you know, the connections one develops throughout their life often acts as a contributing factor to their overall success. That is why I believe networking is one of the keys to reaching eventual career goals.

My first experience where I was able to utilize who I knew was my first internship right out of high school. My father, an engineer at Kellogg’s, knew of a construction safety company contracting for Kellogg’s that needed to fill an administrative assistant role at the plant. With such a time crunch and great need to find a temporary replacement to ease the large summer workload, my father tossed my name into the pot, and I received a call with an offer just a day later.

Throughout the course of two summer and winter breaks, I was able to work for this construction safety company. Through my time there, I often saw and worked with my father keeping him up to date on the progress of projects in the plant. I often had my hands full, but when I mentioned I could take on more work, he would quickly ask around the offices if anyone needed an extra hand.

Before I knew it, I was meeting with project managers who would walk me through a future project so I could then go take pictures of the area within the plant and develop a presentation on the scope of the project to be presented to some of the highest ranking people in the plant. As a freshman in college, I probably was not qualified to be doing the work I completed on a daily basis.

Thanks to the connection I had in my father, working with this company and the networking he did on my behalf, I now have many contacts and experiences from a position I should have never been offered, especially as a student aspiring to go into the health sciences rather than engineering.

For those of us looking to go into positions that are not in the family business or are outside the area where we have lived our entire lives, the importance of building a strong network of contacts and connections is priceless. While the task seems daunting, building a network can be fairly simple if you are willing to put yourself out there.

The one internship I had this summer turned into three internships simply because I asked for extra work and reached out to as many people as I could. Before I knew it, I had offers to work for multiple people just because I sent an email or spoke to them after a conference speech. Had it not been for accepting that I would not get accepted into every position, I likely would not have been given the opportunities I was and  that I continue to benefit from.

As college students, it can be intimidating trying to interact with the people who have already made it in dream careers, but the opportunities that can come by mustering up the courage to ask far outweigh the stress. Indeed, there is no better time than now to begin building the foundation for stepping into our future professions, but this begins by putting yourself and your name out there. By taking these initial steps of networking, you will be that much closer to your eventual career goals. 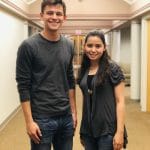 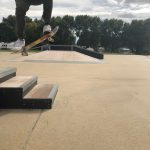