The Student Government Association strives to give a voice to students at Northwestern on issues that affect them the most. In the past year, SGA has worked to make changes and represent students in various settings by addressing concerns at different levels across campus.

Banin Hussain, SGA president, outlined some of the important changes SGA has recently helped implement. Last school year, SGA played an important part in the food service provider decision; members attended the pitch meetings from both providers and tried to represent students by asking questions about what mattered to them.

SGA also taste tested food and gathered feedback from students in order to represent them in deciding which provider to choose.

A larger, ongoing initiative that SGA undertakes is advocating for diversity and inclusion, in committal to NW’s vision for diversity, whose representative is sophomore Josh Rathbun.

In addition to working on specific projects, SGA also financially supports a few student programs. They support the Love Your Melon club, La Mosaic and the Rugby Club Team.

So far this year, SGA has focused on campus security, including starting a successful measure to get more parking for Fern residents and better lighting in a different parking lot. They are also working with Campus Ministry to have students take a chapel survey to get feedback about the current Christian Formation system.

Brant Vermeer had this to say about the SGA policy agenda: “I hope that Student Government canbe a place where students can advocate for meaningful change on campus. We have a good group of students that are passionate about making NW the best college it can be.”

In order to represent students at all levels, SGA members also attend meetings with the Campus Life and Academic Policies committees to discuss student life at NW with the Board of Trustees. These board meetings happen once a semester, but SGA also sends representatives to the Academic Affairs and Strategic Planning committees that meet more frequently. These postitions allow SGA members to voice concerns, ideas, or other feedback to board members and faculty that can inform important decision making on campus.

As many students may fondly remember, SGA also implemented the first ever donut day, providing free donuts to nearly 300 students after chapel last year. Hussain called it a “smashing success” that will hopefully become tradition.

SGA is also eager to hear from students, whether they have  a suggestion or complaint that they would like addressed. If a student would like to leave a comment, they can drop it off at the SGA mailbox in Ramaker. 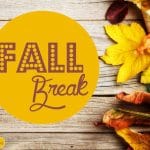