The latest expansion to “World of Warcraft,” Blizzard’s Massively Multiplayer Online behemoth released on Sept. 25, calls for an investigation into the more unknown reaches and promises lots of new things for everyone.

Promises aside, “World of Warcraft” is an old game. Very old. Nearly a decade old, in fact. That’s pretty impressive, considering how it continues to engage players. Not that the core mechanics aren’t showing their age, but they were designed for a bygone era of considerably less consistent Internet stability and connectivity.

“Mists of Pandaria” continues to broaden the scope of available areas to explore, classes to play, races to choose from and horrid things to kill.

Almost all of it is engaging, if condescending at times. It seems that the oversimplification of the game has caught on like a fever at Blizzard, with more and more complex aspects, such as stance-specific skills for the Warrior, being removed or smoothed out into something that feels less like accessibility and more like homogeneity.

Regardless, the new zones are well-realized and beautiful, more beautiful than the eight-year-old engine warrants. The artistic direction of the game has always held sway far more than the technical achievements in the past, and the new assets, both audio and visual, are impressive both on their own and when brought together to form something far more than the sum of their parts.

More about the new expansion itself, though: It’s really quite good in terms of playable content, but it seems indecisive about what it wants to deliver.

The new race and class, Pandaren and Monk, respectively, make for yet another change of pace, but the change itself seems only partially welcome and a bit tacked-on.

The new quests and dungeons maintain an excellent sense of polish and quality. This, doubled with the new sights and sounds, makes the game more polished.

This is not about the content of the game so much as the attitude towards that content. All of WoW’s expansions have had tons of new places to see and things to do, but it was the way that the content was presented to the consumer and the player that mattered.

Although the delivery for the most part seems more directed toward maintaining and engaging an already-existing player base, the excessive streamlining of mechanics and class features toward simplicity and ease of access seems to be geared more toward newer or less dedicated players.

In the end, “Mists of Pandaria” is good. The prime time of “World of Warcraft” has come and gone, and, barring something incredibly drastic, the future is only a steady but pleasant decline into an old standby MMO, a shadow of its former glory. 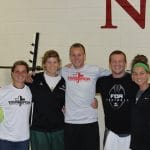