On Wednesday, the women’s golf team took part in the second GPAC Qualifier in Lincoln., Neb. After placing third for the day, Northwestern remains in second-place to Dakota Wesleyan.

The squad shot 360 and fell behind Morningside and Dakota Wesleyan on the par-71 course.

Sophomore Emma Wynja turned in the best score of the day for the Raiders with an 87 and earned her eighth place.

Sophomore Jessica Locker tied for 22nd with a 92, and junior Taylor Kline shot a 94 and tied for 27th to conclude the Raider lineup.

Halfway through the Qualifiers, Wynja is currently fourth overall on the 72-hole leaderboard. Kline is sitting in seventh place overall. Wallin moved up to 11th, Van Hove is tied in 15th, and Locker is hot on her heels in 17th.

On Saturday, the women’s golf team earned its second team victory at the Briar Cliff Invite by riding the shoulders of individual medalist Wynja. This is the third time this season that she has taken the top spot at a meet.

NW shot a 351, which was a comfortable 16 strokes better than second-place Morningside’s 367.

Wynja was in a league of her own on the course. She carded a school-record 75 and was a spectacular 13 shots ahead of second-place.

Wallin and Locker were knotted in sixth place after both turned in a 90. Van Hove earned 18th by shooting a 96. Kline shot a 99.

The NW junior varsity squad finished eighth at the meet and showed the depth of the program. Sophomore Elizabeth De Jong tied for 11th after shooting a career-best 93.

The fall season is now done for the Raiders, who will resume competition in the spring. 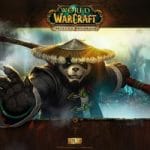 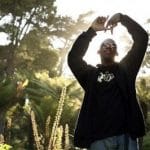