Freshman Amber Beyer started the school year a little differently than most of her class. After marrying her husband, Brett, last summer, Beyer has had anything but a typical semester.

Like most freshmen, Beyer had fears and excitements about her first weeks of college.

“I was excited for classes,” she said. “But I was more afraid I wouldn’t meet people or people would be like, ‘Look at her, she’s the one who’s married.’”

Beyer lives on campus in the married housing with her husband, Brett, who is a freshman at Dordt College.

For many freshmen, missing out on dorm life would be disappointing. Fortunately for Beyer, she’s found a home in Fern Hall on First South.

“One of my friends from high school lives on the wing, and during orientation week they went on a donut run. I joined to meet people, and they were like, ‘OK, we’ll adopt you.’”

“She seems like she’s really busy,” De Bruin said. “Being married is a whole different responsibility in itself—from planning out your day to where you’re going to go after classes—but we’ve been able to spend a good amount of time together.”

Even though it’s more difficult for her to meet others, Beyer said she still sees benefits in her situation.

“I’m getting to know people in different ways,” she said. “If I’m not intentional, I won’t meet people.”

Beyer seemed amused by the drama experienced by most unmarried college students.

“When I see others dating, I think, ‘Oh, they’re kind of doing something really stupid,’ ” she said.

Although some may question Beyer’s decision to marry so young, she said she’s confident in her decision.

“Some people want to live by themselves, but it wasn’t like that for us,” she said. “We really thought about it, and we wanted to focus on doing what God’s calling us to do. Everything’s fallen into place.”

Although Beyer might be ahead of her friends when it comes to relationships, she’s otherwise similar to other freshmen. As the year progresses, Beyer said she looks forward to learning new things.

“I’m excited to learn the things that will help me prepare to graduate,” she said. “I want to use freshman year to figure out everything, to integrate fully into college. I just want to grow as a person, both in my career and in my faith.”

Although Beyer’s freshman year has begun unusually, she doesn’t seem to have any regrets.

“It’s cool to see how God has helped me grow and changed me,” she said. “And I’m excited to go forward with it.” 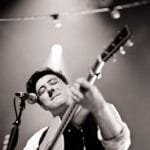 World renowned musicians to give concert