For lovers of crime, drama, comedy and sometimes even horror, “Psych” fulfills it all. Now that may sound like lofty expectations to put on one show, but it does not disappoint.

The show first aired in July 2006 and continued until March 2014. From the start, the eight-season series was the highest-rated U.S. basic-cable television premiere of 2006. “Psych” features main actors James Roday Rodriguez and Dule Hill as Shawn Spencer and Burton (Gus) Guster.

Set in Santa Barbara, California, the eccentric nature of the show starts from episode one. Shawn Spencer has been brought up by his police officer father in the hopes that he too would join the force. His father trained Shawn in visual and aural skills so that his son would be an even better police officer than he was.

Contrary to what his father would have, Shawn instead uses his eidetic visual memory and hyper-observance to call in tips to the Santa Barbara Police Department while holding a variety of jobs from driving a hot dog truck to opening an acupuncture clinic with no experience.

But after tipping the police off on the true perpetrators in a number of crimes, the department becomes suspicious. Shawn is brought into police custody and does the one thing he knows how to do best: fake it.

Shawn pretends he is a psychic who has had visions of various crimes and manages to convince almost everyone, including the police chief.

With the reluctant help of his practical, lifelong friend Gus, Shawn decides the perfect way to continue helping and defying the police is to start his own psychic detective agency called Psych.

This begins the budding relationship between Shawn and the department as their one and only psychic police consultant.

As Shawn puts it, “The best way to convince someone you’re not lying to them is to tell them that you are.”

But what the show’s followers appreciate most are the improvised aliases for Gus invented by Roday’s character Shawn. Fan favorites include Lavendar Gooms, Ghee Buttersnaps and, personal favorite, Hollabackatcha.

All of these quirks have made the show lovable to the point that the fans even have their own name: PsychOs.

The following has allowed the 14-year running show to also produce “Psych: The Musical,” “Psych: The Movie” and “Psych 2: Lassie Come Home.” According to the show producer Steve Franks, there are even three more movies still in store.

Be sure to watch every episode and film with an eye out for pineapples, the show staple. This running bit started from the pilot when Roday decided to ad lib the line “Should I slice this up for the road?” in reference to a pineapple he found stocked in the set fridge of Gus’s apartment. The producers loved it.

Ever since, the cast has conjured unique ways to incorporate pineapples into every episode from Hawaiian shirts to pineapple smoothies. It is just another reason to keep re-watching the best episodes.

This show is for any audience, young or old, with an affection for wholehearted, sarcastic comedy and lovable characters. It deserves all five stars with a pineapple on the side. 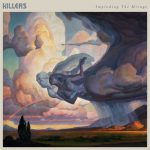 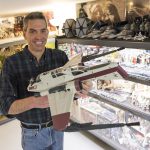